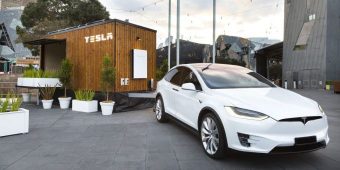 Tesla has a new way to demonstrate the possibilities of its home solar products to potential customers – using a ‘tiny house’ on wheels, which it can tow on a rolling tour with a Tesla Model X. The Tesla Tiny House made its official debut in Australia, where it will welcome visitors at Melbourne’s Federation Square, before taking off for a cross-country Australian tour.

The tiny house contains a Tesla mobile design studio and configurator to help home owners configure a solar plus energy storage system for their home.

Of course, the ‘Tesla Tiny House’ is itself 100% powered by renewable energy with a small solar installation:

“Powered by 100% renewable energy via a 2 kW solar system and Powerwall, Tiny House contains a mobile design studio and configurator which can calculate how your home can generate clean energy from the sun using solar panels, storing it in Powerwall to use throughout the day and night, which can all be monitored and controlled by the Tesla app.” 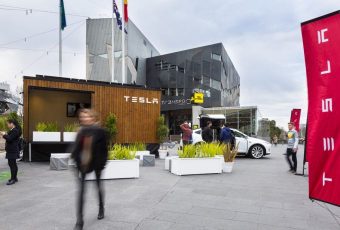 Here are a few specs that the company listed:

It is setting out on a tour of Australia hitting all major cities, but people can also request for Tesla Tiny House to come to their town through Tesla’s website.

They can expect one-on-one educational sessions with Tesla staffs to learn about Tesla’s energy products:

“The tour is designed to provide a one-on-one educational experience on how to integrate Powerwall and solar to seamlessly power an entire home 24/7, allowing Australian consumers to gain control and understanding of their power use.” 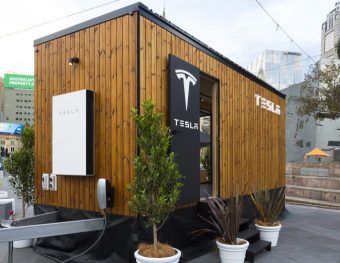 Australia is a very important market for Tesla’s energy products. The country has the world’s highest per capita penetration of rooftop solar with 15% of households using solar for a total of 1.5 million households across the country.

Tesla execs recently said that they expect that eventually, all those households will have energy storage systems, which is why they made the country one of the first markets to get early Powerwall 2 installations.

The company has yet to offer solar installations in the country since their services are still linked to SolarCity, which only operated in the US and Mexico, but that could be about to change following the acquisition.

Outside of the residential market, Tesla is also making strides at the utility level in Australia after having won a contract for a massive 100 MW/129 MWh energy storage system to help stabilize the South Australia grid, which has recently suffered from important outages.