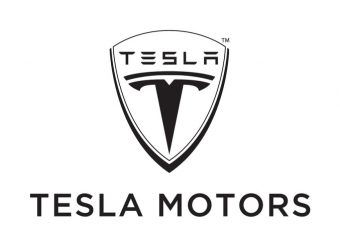 The Silicon Valley car maker, now completing its ninth year of production, delivered 22,230 electric cars during the fourth quarter of 2016. That brings its total for last year to 76,230 vehicles—less than the low end of its guidance to financial analysts, which had been for 80,000 units.

Of its fourth-quarter deliveries, 12,700 were the Model S luxury sedan, now entering its sixth model year, and 9,500 were the newer Model X crossover utility vehicle.

As for production, during the fourth quarter of 2016, Tesla says it built 24,882 vehicles. That brings its total 2016 production to 83,922 vehicles. Tesla built just over 50,000 vehicles during 2015, the year the Model X struggled into production. That total just met the company’s projections, unlike this year’s lower-than-projected number. Total deliveries for 2014 had been 31,655.

In its announcement of the fourth-quarter and year-end deliveries and production, Tesla suggested the shortfall had been due to the switch from Autopilot “Hardware 1” sensors to an expanded suite of “Hardware 2” sensors. That change came only months after a Tesla driver was killed after his car broadsided a tractor-trailer unit that turned across the highway while the Model S was operating on Autopilot.

„Because of short-term production challenges starting at the end of October and lasting through early December from the transition to new Autopilot hardware, Q4 vehicle production was weighted more heavily towards the end of the quarter than we had originally planned.”

The new suite of sensors does not include hardware or software from Mobileye, a supplier that had publicly criticized the uses to which Tesla had put its products after integrating them into its cars.

The company’s main tasks during 2017 will include sustaining the sales of its current Model S and Model X vehicles while getting its battery gigafactory in Nevada up and running to support the start of production of its $35,000, 200-mile Model 3.

Tesla says that production of the Model 3 will start before the end of this year, though to date it hasn’t released full details on the battery and powertrain options, model lineup or pricing.

Those details will likely come at the point when the first of the 365,000 people who have put down $1,000 deposits on the Model 3 are asked to convert their deposits into firm orders. Tesla will also have to continue expanding its Supercharger fast-charging network and its Service Center locations to handle what’s expected to be a vastly higher volume of customers once the Model 3 is on sale.