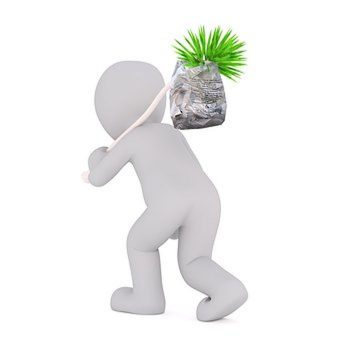 Shoppers at a handful of Tesco stores in the UK will no longer be able to buy 5p “single-use” plastic carrier bags, in the first such trial by a supermarket.

If successful, it could lead to the bags being phased out completely, less than two years after the law was changed in England to force larger stores to charge for them.

Britain’s biggest retailer has launched the 10-week trial in three stores – in Aberdeen, Dundee and Norwich – to see how customers manage without the 5p bag option. Shoppers who forget to bring their own bags will still be able to buy more expensive reusable bags which start at 10p. Online shoppers also have the choice of the 5p bags or no bags at all and 57 per cent now choose bagless deliveries, Tesco has said.

“We are carrying out a short trial in a few stores to look at the impact on bag usage if we remove single-use carrier bags,” said a Tesco spokesperson.

The introduction of the 5p charge in England in October 2015 brought it into line with schemes already operating in Wales, Scotland and Northern Ireland, as part of a drive to encourage a switch away from ‘thin gauge’ throwaway carrier bags. The charge was part of a government scheme to reduce litter and protect wildlife, given that plastic bags can take hundreds of years to break down.

About eight million tonnes of plastic makes its way into the world’s oceans each year, posing a serious threat to the marine environment. Experts estimate that plastic is eaten by 31 species of marine mammals and more than 100 species of sea birds.

The charge in England has clearly worked – official figures last July revealed that the number of single-use plastic bags used by shoppers plummeted by more than 85 per cent after the introduction.

More than seven billion bags were handed out by seven main supermarkets in the year before the charge, but this figure plummeted to slightly more than 500m in the first six months after the charge was introduced, the Department for Environment, Food and Rural Affairs (Defra) said.

While retailers can choose what to do with the 5p proceeds, they are expected (though not legally bound) to donate it to good causes, and over the next 10 years the government hopes this will raise about £730m. Retailers have to report to ministers about where the money has gone, and eventually the government will also publish this information each year.

The all-time high of bag usage was in 2006, when 12.2bn bags were handed out in England. Retailers blamed the recession, saying families had changed their shopping habits and were doing more smaller shops every week.