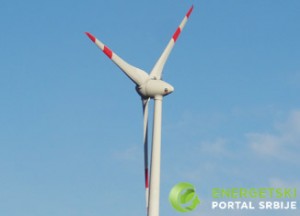 Ambitious plans to turn the Tees Valley into a globally significant carbon capture and storage (CCS) hub will today take a major step forward with the publication of new proposals on how to finance the project.

A report from consultancy Pöyry, which was funded by the Department for Business, Energy and Industrial Strategy (BEIS), will set out the business case for providing a new financial support mechanism for industrial CCS projects.

The government controversially shelved plans to provide £1bn of funding to a demonstration CCS power plant project back in 2015, but has said it is still keen to build a domestic CCS industry and is interested in exploring the potential role of the technology in tackling emissions from industrial sites.

The report argues that co-funding the proposed Teesside project with support from government and industry could result in carbon emissions being captured at a cost of £58 per tonne. It added that as a result ‘Industrial CCS’ could become “a less expensive form of carbon abatement than offshore wind (£200/tCO2) and new nuclear power (£128/tCO2)”.

The conclusion represents a major boost for long-standing plans to create a CCS hub on Teesside that would capture emissions from the region’s industrial plants and store them in geological formations under the North Sea. The plans have been developed by a group called the Teesside Collective, led by Tees Valley Combined Authority and the Tees Valley Local Enterprise Partnership and bringing together a number of leading industrial firms such as Lotte Chemical, BOC, CF Fertilisers, Sembcorp Utilities UK and SABIC.

Paul Booth, chair of Tees Valley Local Enterprise Partnership and board member of Tees Valley Combined Authority, said the report provides compelling evidence one of the major hurdles faced by the project could be overcome.

“There is no doubt the technologies involved in CCS are tried and tested and that Teesside has the concentration of facilities that make it the ideal place to start,” he said in a statement. “The benefits in terms of long term industrial growth and emissions reduction are also clear. The question this report answers is whether there is a cost-effective way of making this a reality. The answer is a resounding yes. We know the demands on the public purse are great, but these are also lean industries with low margins. Working together, sharing the costs and risks opens up vast opportunity for all involved.”

The report was also welcomed by cross-bench peer Lord Oxburgh, who last year produced a report on how to support the development of CCS in the UK calling for the government to the group create a state-owned company that would deliver CCS for power at strategic hubs around the country.

“Applying CCS to industry represents some of the cheapest available carbon abatement in the UK economy,” he said. “The Teesside Collective proposals offer a triple win – the greening of energy-intensive industry, meeting national carbon reduction targets and local industrial rejuvenation. I strongly recommend that government commits to helping finance the project as a cornerstone of its emerging Industrial Strategy.”

The proposed financing model explored by the report would see the government run a CCS Delivery Company that would provide 50 per cent of upfront capital for the project in the form of a grant. The government would then also provide capex support and 100 per cent opex during the 15-year lifetime of a contract with the energy-intensive industries using the new CCS network, as well as other incremental operating costs.

In addition, energy intensive industries providing the remaining 50 per cent of the necessary capex would receive payments from government over the 15-year period in line with an agreed return on investment. However, once the 15 years is complete, the CCS system would continue to capture emissions without any additional government payments required.

The government pulled its previous support programme for CCS over concerns about the cost and the impact on consumer bills. Moreover, CCS was notably absent from the Industrial Strategy Green Paper published last month.

However, manufacturers’ trade body EEF today argued the government will need to find a way to deploy CCS in the UK if it is to meet its carbon targets and ensure the long-term competitiveness of UK industry.

“As the UK continues to develop its post-Brexit Industrial Strategy, this proposition for industry and government to work together to sustain and regenerate manufacturing hubs around the country in a carbon-constrained world is welcome,” the group said in a statement. “With Industrial CCS essential to the decarbonisation of many energy-intensive manufacturing sectors, affordable ways must be found to get projects underway. This proposal offers a valuable insight as to how that might be achieved.”

BEIS promised more detail about its CCS strategy will be released “in due course”. “The government is considering the options for CCS in the UK and intends to set out its approach in due course,” a spokesman told BusinessGreen. “We have been clear that the costs of CCS must come down if it is to play a role in reducing the UK’s carbon emissions.”