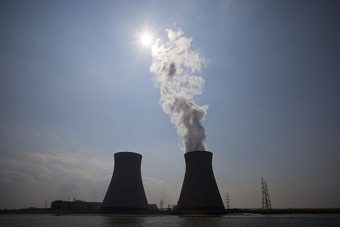 Swiss voters have approved a major new energy reform package, which will see the country phase out nuclear power and deliver a surge in renewables capacity.

Final figures from Sunday’s referendum on the government’s proposed Energy Strategy 2050 reveal just over 58 per cent of voters backed the plans, which will see Switzerland’s five remaining nuclear power plants retired at the end of their life.

Nuclear power currently provides around a third of Switzerland’s energy output. A four-fold rise in wind and solar generation is planned over the next 20 years to replace the lost generation as nuclear assets are retired.

“The results shows the population wants a new energy policy and does not want any new nuclear plants,” Energy Minister Doris Leuthard said in a news conference yesterday.

According to the Swiss government, the new law will cost the average family an extra 40 Swiss Frances ($41) per year, via higher levies on energy bills to help drive investment in renewables.

Meanwhile, an additional 450 million Swiss Francs will be gathered from an existing fossil fuel tax as part of a drive to cut energy use from buildings by 43 per cent by 2035, against 2000 levels.

Further action will also be taken to cut carbon emissions from vehicles, while green energy projects will be considered in the national interest and therefore take priority in the planning system.