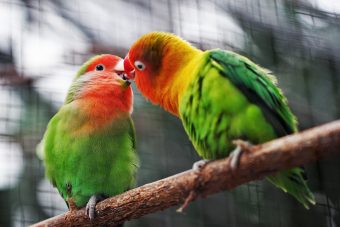 A study by researchers at the Australian National University, published in the Journal of Animal Ecology, has found that a chronic shortage of female swift parrots caused by intensive predation by sugar gliders has wreaked havoc on the bird’s usually monogamous breeding habits and lowered the survival rate for young hatchlings.

Lead researcher Prof Rob Heinsohn said the unusual behaviour was caused by a significant disparity in the number of males and females in the parrots’ breeding grounds of the blue gum forests in south-east Tasmania. Surplus bachelor males were pressuring paired-up females for sex and getting into fights with paired males.

Heinsohn said that predation by sugar gliders, which were introduced to Tasmania from mainland Australia in the 1800s, had changed the gender ratio in the swift parrot population from a roughly equal number of male and female birds to three males to every female.

Females are at more risk from sugar gliders because the marsupials attack their tree-hollow nests while the females are incubating their eggs.

The gender imbalance was “really causing havoc with their love lives and their usual mating system”, Heinsohn said.

“Usually they would be quite conservative, boring even, with their mating habits, they are just monogamous pairings,” he said. “At the moment there are all these bachelor males … they turn up at the nests of the breeding pairs and they harass the females endlessly.

“They are just pressuring them constantly for sex, basically, and just making a real nuisance of themselves.”

Heinsohn said the females usually gave in “but they do it sneakily behind the resident male’s back”. Breeding males spend their time fighting off bachelors.

Researchers took blood samples from hatchlings to conduct a DNA analysis and found that more than half the nests had more than one father.

Heinsohn said the pressure from bachelor males distracted the breeding pair from feeding, which reduced survival rates. The number of eggs being produced has not fallen but fewer were making it out of the nest.

“They are spending so much of their time, the male in defending the female and the female avoiding being harassed, that it’s affecting their ability to get food,” he said.

Swift parrot numbers have declined significantly in the past four years. It is estimated only 1,000 breeding pairs remain.

ANU researcher Dejan Stojanovic, who co-authored the most recent paper, said he had been hopeful of a more successful breeding season this year because the majority of the wild population settled on Bruny Island, which is free of sugar gliders. But three weeks of rain washed most of the nectar out of the native flowers, meaning a lot of the hatchlings have died from lack of food.

Conservationists have introduced measures to control sugar gliders, such as installing light sensitive nest boxes that close off at night, locking out the nocturnal gliders, and working with the Tasmanian government on possible methods of reducing glider numbers.

But Stojanovic said the underlying issue of habitat loss had not been addressed.

Logging of blue gum forests in southern Tasmania has reduced appropriate breeding habitat by one-third over the past 20 years and conservationists have warned that a decision in August to extend the regional forest agreement allowing that logging for another 20 years had effectively condemned the species.

“I am not confident at all [that the species will survive],” Stojanovic said. “We have been working on swift parrots for the last decade, we know so much about them, even to the point that we know about their sex lives now … but even though we know so much, we are actively logging their habitat.

“We are wilfully pushing the things that are going to lead to their extinction.” 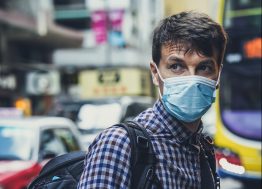 WHO Declares the New Coronavirus Outbreak a Public Health...