It’s good news when a nation makes plans to rid itself of electricity generated from burning coal. It’s even better news when it does so ahead of schedule. Swedish utility Stockholm Exergi announced some time ago it would shut down its KVV6 coal generating station in Hjorthagen in 2022. It actually took one of the facilities two boilers offline last fall. But a milder than expected winter led to lower demand for electricity and so the decision was made to close the entire facility now instead of waiting another two years, according to PV Magazine. 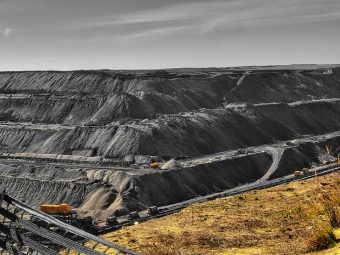 The issue is money. Carbon Tracker, a renewable energy advocacy group based in London, claims that 84% of coal generators in the EU that rely on lignite, or brown coal, are now operating at a loss, with 76% of those which burn hard coal also losing money. In 2017, Carbon Tracker reported “only” 46% of European coal plants were unprofitable. The difference is what it calls the “relentless” competition from solar and wind power. Combined, coal generators are on track to lose more than €6.5 billion in 2020.

Stockholm Exergi says from now on it will focus on carbon negative approaches. “We continue to work on the transition to climate neutral solutions and also solutions to create negative emissions,” says chief executive Anders Egelrud. “Here, the researchers agree: We don’t only need to reduce our emissions to zero but also … to develop techniques to specifically reduce carbon dioxide in the atmosphere.”

Europe Beyond Coal, based in the UK, also praised the moves, saying it indicates the fate awaiting coal in Europe. “With Sweden going coal-free in the same week as Austria, the downward trajectory of coal in Europe is clear. Against the backdrop of the serious health challenges we are currently facing, leaving coal behind in exchange for renewables is the right decision and will repay us in kind with improved health, climate protection and more resilient economies.”

Other European nations plan to exit coal in the next few years. France expects to shut its last coal-fired facility by 2022, Slovakia and Portugal in 2023, the U.K. in 2024, and Ireland and Italy a year later. Greece, the Netherlands, Finland, Hungary, and Denmark also plan to eliminate coal-fired power generation this decade as a way of complying with the commitments they made in Paris in 2015. Germany is lagging behind the others as its current plans do not call for a complete phase out of coal until 2038, but economic pain in the coal sector may do before then what politicians cannot do today.