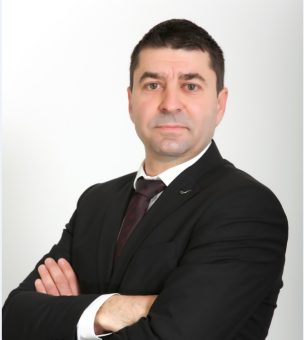 Researches show that by 2050, another 2.5 billion people will move to cities, which will be the largest migration of the population in the history of mankind so far. It will put enormous pressure on cities, especially on space that will be in shortage, while expectations in comfort will be higher. City planners will have to solve that pressure by introducing regulations on traffic control, encouraging citizens to use electric vehicles in densely populated city zones but also in optimising the use of energy, especially electricity.

Energy and transport are the two main pillars of these transformations, and both areas need to undergo serious adjustment to keep pace with demographic and economic growth but without increasing environmental pollution. Optimisation in energy consumption and sustainable transport are opportunities that companies, business  leaders and global policymakers must use to increase the living comfort of the population around the planet while providing greater efficiency but also the expected and economic progress. The fourth industrial revolution provides a great opportunity to make that happen.

The mode of transport is changing

In an effort to reduce traffic and optimise car driving, some governments have introduced lanes for vehicles with more passengers (HOV-high-occupancy vehicle) in which the movement of vehicles with two or more passengers is allowed. HOV lanes provide a strong incentive to transport more passengers by car, reducing travel time and costs (Ride- sharing). This mode of transport is developing rapidly, with estimates that by 2030, more than 25 percent of all kilometres travelled in the world will be this way, which is an increase of 4 percent compared to today.

On the other hand, due to the development of technology and environmental subsidies, the price of electric vehicles is falling, and it will become more accessible to citizens. The fact is that the costs of using electric vehicles per kilometre of the road will soon be significantly lower than the costs of using vehicles with internal combustion; and the increase in their use will lead to a reduction in pollution, but also a smaller number of traffic accidents. Very conservative predictions say that by the end of the next decade, every third car sold in the world will be electric.

Schneider Electric has recognised these trends and to achieve its ambition to reach net-zero operational carbon emissions by 2030. The company has joined The Climate Group # EV100 initiative which also includes the replacement of 14,000 company cars with electric vehicles. At Schneider Electric, they believe that electricity is the future of mobility, and the company desires is to show that in 10 years, the set volume of electric vehicles in its own fleet can be achieved quickly. All of the above is just a hint of what will happen in the very near future. We will soon meet autonomous vehicles (AV) on the roads but also electric vehicles as part of the fleets of public services, and large companies will become a part of everyday life.

At the same time, the way energy is produced, distributed and used is changing

Global evolution in the development of energy systems is increasingly turning to cleaner, decentralised sources with energy that is generated, stored and distributed closer to end-users, using renewable energy sources and new storage technologies. At the same time, the technology will enable customers and operators of the power system to control where, when and how electricity is used and from which sources it is obtained. This will open new business models in the production, distribution and use of electricity, and as the use of electric vehicles and the need for energy to charge them will increase, it is clear that transport is one of the key links in the development of these models. These trends have the potential to complement each other and to actively contribute to making energy use and transport sustainable and making the cities we live in smarter.

A good charging network infrastructure is the starting point for sustainability

The infrastructure of the electric charger network should be developed along the highways, but also near the junctions of key roads and public transport stations. This is important for three reasons, and the first is to meet the need for the current demand for electric car charging resources. The second is to make electric chargers accessible but also easy to find, and the third is to promote the use of electric vehicles for public and private needs.

It is necessary for electric chargers to be compatible with different types of electric vehicles, and also to be able to offer fast or standard charging, depending on the location where they are installed. For example, fast chargers are installed in parking lots or locations where retention lasts shorter (gas stations, highways, etc.) and users are willing to pay more expensive refuelling costs. On the other hand, standard chargers are installed in locations where the retention is longer, the charging period is longer, but there are also lower charging costs, or it is free of charge (public garages, hotels, shopping malls, office buildings, etc.).

Schneider Electric can offer both types of chargers, fast and standard. Today, there are about 100,000 electric vehicle charging stations in Europe, supplied by Schneider Electric. When it comes to Serbia and Montenegro, about 100 electric chargers have been installed so far.

A smart network of electric chargers that enables savings and sustainability

The analysis of the needs of electric car drivers for charging vehicles leads to the conclusion that vehicles are charged with energy most often three times during the day, in the morning, during the lunch break and in the evening (night). For that reason, investing in full energy capacity (expected simultaneous power) for connecting each electric charger to the grid is very expensive and unprofitable, because not every electric charger is used at full capacity throughout the day. A much more pragmatic approach is to invest in a system of electric chargers that have the ability to store energy in their own battery modules.

The battery modules of such electric chargers can be charged during the day when the network is not loaded or at night (when the price of kWh is lower), and drivers will charge their cars directly from the network or from the battery module, depending on what is cheaper for them at that time. The charging station for electric vehicles can be programmed to select the charging period of its battery module when the tariff is most favourable during the day but also to allow the consumer to charge his vehicle at the best price, also depending on the part of the day when he charges it.

It was Schneider Electric, as a global leader in the digital transformation of energy management and automation solutions at all levels of business, that recognised these trends and developed a comprehensive solution called EcoStruxure. It is a platform that provides complete cybersecurity and what today’s systems often lack – complete analytics, monitoring and reporting at all levels, which allows the management of such complex charging systems for electric vehicles.

The concept of using electric chargers with own battery modules and the possibility of choosing when and from which source the battery modules will be charged, signifi- cantly affect the savings in the construction of electricity network infrastructure and power sources, because the need to build new resources is reduced (transmission net- work, transformer stations, etc.). On the other hand, organisations with large fleets that use electric vehicles can use solar or wind energy by charging the battery modules in their own electric chargers through solar panels installed on the roofs of their facilities. In this way, clean green energy is used to start electric vehicles.

For charging their battery module, smart charging stations for electric vehicles can use energy from the grid, but also solar and wind energy, depending on the conditions. By using advanced software solutions and artificial intelligence, it is possible to return the energy stored in battery modules to the grid if necessary. We conclude that smart charging stations for electric vehicles will be points connected to the power grid that will contribute to maintaining stability and help balance the needs in the power system.

In the future, we can expect that electric vehicles will also become decentralised points in the electric power system, which will be able to return the energy stored in their batteries back to the electric power network through smart electric chargers. Drivers will thus be able to, for example, charge their vehicles at night in their garages at the price of the night tariff for residential buildings, and during the day return some of the energy stored in the batteries of vehicles they do not need to the network at a commercial price. In markets that allow this, electric vehicles will practically become flexible energy points in the system, “batteries on wheels” capable of freely disposing of the energy they possess.

A good example is the pilot project launched in Denmark, where Enel and Nissan developed the first vehicleto-grid commercial hub. With this project, electric vehicles are able to return to the grid energy worth about € 1,500 per year and thus help balance the system.