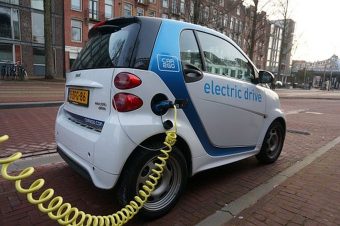 Electric vehicles (EV) are becoming a serious contender for many motorists considering buying a new car, according to the results of a major new survey of transportation habits from research firm Dalia Research.

The survey, which questioned 43,000 people across 52 countries, found that of those people considering buying a new car in the next five years, 40 per cent would consider an electric vehicle.

The figure is slightly higher for repeat car buyers, at 46 per cent, compared to 36 per cent of first time car buyers who would consider an EV.

The survey, which will be published in full in the coming weeks, will provide data that will be used by the MIT Energy Initiative.

The insights, which will be of immense interest to policymakers and auto manufactures, explore the level of consumer interest in EVs, their understanding of the benefits of zero emissions vehicles, and how attitudes vary by country.

For example, the survey shows that people see lower levels of pollution as the main advantage of EVs with 65 per cent citing reductions in pollution as a benefit. A further 43 per cent identify reduction in fossil fuels use as a benefit, while 37 per cent highlighted the quietness of EVs and only 29 per cent mentioned their lower running costs.

The survey also highlighted one of the challenges EVs face, detailing how environmental concerns are an important purchase consideration for just 19 per cent of motorists.

In contrast, 46 per cent said fuel efficiency was a major factor, 40 per cent highlighted vehicle size and practicality, 34 per cent said performance was a consideration, and 30 per cent mentioned running costs.

In addition, the survey again confirmed that concerns over charging infrastructure, relatively high price tags, and range anxiety are seen as the main disadvantages of EVs.

However, the poll confirms attitudes to EVs vary quite significantly by geography, while overall awareness of the technology is reaching a critical mass.

Tesla boasted the highest levels of brand recognition with 29 per cent of respondents globally saying they are aware the company sells EVs. In addition, 22 per cent said they were aware of Toyota’s EVs and 20 per cent said they knew of BMW’s involvement in the market.

There was also encouraging news for the emerging autonomous vehicle sector, with 39 per cent of people saying they were aware of the technology and think it is already safe. However, trust in the technology fell significantly in some markets, with just 33 per cent of French respondents claiming self-driving cars are safe.

Appreciation of the benefits of EVs also varied by market, with Europeans most likely to cite the quietness of EVs as a major benefit and over 45 per cent of consumers in Australia, Norway, and Ireland highlighting lower running costs.