A diet rich in fruits and veggies is considered to be key to good health. They are low in calories but high in nutrients. Just what the doctor ordered. Or is it? 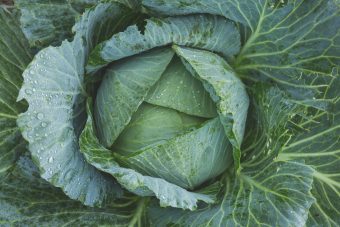 Because of the widespread use of pesticides many fruits and vegetables on the market are packed with noxious chemicals. Take strawberries, spinach and kale.

Strawberries are beloved by many children, and while admittedly spinach is many a child’s old foe, kale is becoming a staple in salads across much of Europe and the United States. It turns out, however, that all three are riddled with pesticides in the U.S., according to the nonprofit Environmental Working Group (EWG).

In the 2019 issue of EWG’s annual “Dirty Dozen” guide to the most contaminated food products. strawberries, spinach and kale finish first, second and third in that order. They are followed by other popular favorites: nectarines, apples, grapes, peaches, cherries and pears. Rounding out the list are tomatoes, celery and potatoes.

Troublingly, kale did not make it onto the list last year, which means that the pervasive use of pesticides in agriculture carries on unabated, posing serious environmental and health risks. In some recent tests by the United States Department of Agriculture (USDA), more than 92% of nonorganically grown kale was found to contain two or more pesticide residues. Some kale had residue from a shocking 18 different kinds of pesticides.

“We were surprised kale had so many pesticides on it, but the test results were unequivocal,” said Alexis Temkin, PhD, a toxicologist with EWG. “Fruits and vegetables are an important part of everyone’s diet, and when it comes to some conventionally grown produce items, such as kale, choosing organic may be a better option.”

In all, nearly 70% of nonorganic produce in the U.S. contains  pesticide residues, EWG says. “The main route of pesticide exposure for most Americans who do not live or work on or near farms is through their diet,” said Carla Burns, a research analyst at EWG. “Studies have shown that eating fruits and vegetables free of pesticides benefits health, and this is especially important for pregnant women and children.”

Based on its tests, USDA says that as many as 225 different pesticides and pesticide breakdown products have been detected on popular fruits and vegetables in the U.S. Often, not even washing or peeling fruit removes all the toxins. These findings are highly disconcerting because long-term exposure to even relatively low levels of pesticides can have adverse health effects, especially on children.

“Even low levels of pesticide exposure can be harmful to children,” said Dr. Philip Landrigan, a renowned pediatrician and epidemiologist. “When possible, parents and caregivers should take steps to lower children’s exposures to pesticides while still feeding them diets rich in healthy fruits and vegetables.”