The European Union is behind its objective to reduce the greenhouse gas emission intensity of fuels sold for road transport to 6 percent below 2010 levels, as set out in the EU’s 2020 climate and energy targets.

Transport is responsible for more than 25 percent of the EU’s greenhouse gas emissions and is a major contributor to climate change. Cutting emissions from transport is pivotal to realising the ambition of having net-zero greenhouse gas emissions by 2050, as set out in the European Green Deal. To support a reduction in greenhouse gas emissions from transport, the EU’s Fuel Quality Directive sets the target that fuel suppliers should reduce the emission intensity of fuels sold in the EU by 6 percent by 2020, compared with 2010. In 2017, the average emission intensity of fuels in the EU was 3.4 percent lower than in 2010, thus failing to meet the indicative target of a 4 percent reduction by 2017. By 2018, the average emission intensity was 3.7 percent lower than in 2010.

Finland and Sweden are the only Member States whose emission intensities decreased by more than 6 percent according to the data. 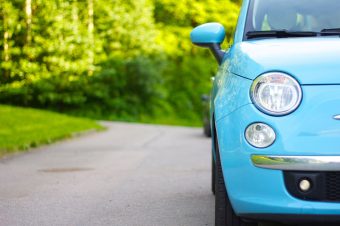 The two Member States that reduced their emission intensities the least between 2010 and 2018 were Croatia (0.1 percent) and Estonia (0.9 percent).

The EEA’s fuel quality data reporting complements the annual report on the Fuel Quality Directive published by the European Commission, which was also released today. EU Member States report annually on the volumes, energy content and life cycle greenhouse gas emissions of fuels used in road transport and non-road mobile machinery, in line with their obligations under the Fuel Quality Directive.