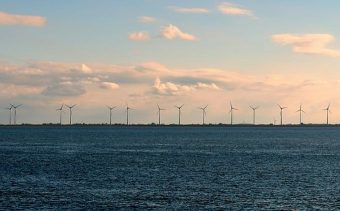 Statkraft has sold its entire stake in four planned offshore wind projects in the Dogger Bank zone off the North East coast of England, with SSE and Statoil snapping up the 25 per cent share held by the Norwegian energy developer.

UK-based utility SSE and Danish state-owned company Statoil confirmed last week they had each bought up 12.5 per cent of Starkraft’s stake, increasing their equal shares in the development to 37.5 per cent.

RWE subsidiary Innogy SE, meanwhile, still holds the remaining 25 per cent stake in the four projects, which have a combined potential generating capacity of 4.8GW.

“By increasing our share, we strengthen Statoil’s long-term portfolio materiality and gain additional optionality,” he added. “This is in line with our strategy to gradually complement Statoil’s oil and gas portfolio with profitable renewable energy and other low-carbon solutions.”

Originally developed by the Forewind consortium of Statkraft, Statoil, SSE and Innogy, the four Dogger Bank projects were each granted planning permission in 2015 and under planning terms must begin construction by 2022.

After last week’s transaction, Statkraft has now left the consortium.

The projects are likely to be in the running for upcoming government auctions of price support contracts, which are expected to mobilise a new wave of offshore wind farm development in British waters.

Mike Seaton, director of wholesale development at SSE said the acquisition “represents the next step in the development of the Dogger Bank Offshore Wind development” and that the company “will continue to work alongside the remaining partners in the Forewind consortium to progress these projects”.

The transaction follows recent news that a group of European grid operators plan to press ahead with ambitious plans to build an artificial island in the North Sea to connect more than 10,000 offshore wind turbines and provide a maintenance base for operators.