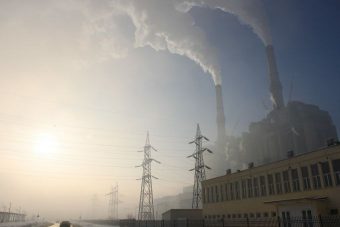 The US is not the only country where powerful coal interests are pressuring the government to give favorable treatment to coal fired electrical generating plants. Spain has a long history of burning coal to make electricity, much of it mined domestically. Recently, the Spanish government announced support for policies that would encourage utility companies to continue using coal fired plants far into the future on the pretext that they are needed to ensure the country has an adequate supply of electricity.

If that argument sounds familiar, it is because Rick Perry, head of the US Department of Energy, is making similar claims in an effort to favor US coal-fired generating plants. “Disparates,” said Spain’s Comisión Nacional de Mercados y la Competencia (CNMC), the energy regulator for the country, last week. The ruling comes as two major utility companies, Iberdrola and Endesa, are charting different courses with regard to keeping their remaining coal fired plants open.

Iberdrola wants to close its last two coal generating stations but last fall the Spanish government issued a “royal decree” that would allow it to overrule any decision to shutter a coal plant. The government claimed that coal is essential to meeting Spain’s energy needs in the future. Quite the contrary, says the CNMC ruling. “The Spanish electricity system will not have problems of security of supply in the medium nor the long term. (Even) in the worst scenario with demand peaking at 46,000 MW and low generation, a significant part of the existing coal capacity could be safely discarded.”

Endesa has made plans to spend €400 million to upgrade three coal plants it owns to keep them running beyond 2030. Oddly enough, Endesa is owned by Enel, the giant utility company headquartered in Italy that is moving aggressively into renewable energy. Endesa claims keeping its coal plants online is essential to Spain’s “energy security.” It is probably no coincidence that the same phrase is prominent in Rick Perry’s rhetoric. Fossil fuel companies are global and their owners share strategies to protect their investments whenever possible.

The decision by CNMC is being applauded by environmental group Instituto Internacional de Derecho y Medio Ambiente (IIDMA) and the Institute For Energy Economics and Financial Analysis (IEEFA). The IIDMA published its objection to the royal decree last fall, arguing that is was illegal under both Spanish and European Union law. IEEFA claims Spain has an oversupply of electricity of 30%, meaning it has nearly a third more capacity than it needs. Even if all existing coal generating stations were shuttered, there is more than enough generating capacity to safely meet the country’s needs.

The energy regulator says, in effect, that Spanish utility customers have already paid more than enough for electricity from coal and that it is time to channel future investments into renewables — the energy of the future — rather than coal — the energy of the past.