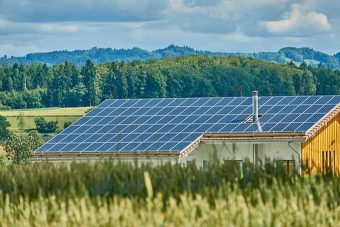 A new report from London-based development company Crown Agents has concluded that 2018 will be the year solar hits its commercial tipping point, resulting in a dramatic drop-off in price and making the technology viable for a billion people, and opening the door to save developing countries up to 80% by switching to solar from diesel and petrol.

Crown Agents published its new report, The Solar Revolution, late last month in which it trumpeted that 2018 will be “the global tipping point for solar power” and “Tumbling prices and dramatic improvements in technology mean that, for the first time, this under-exploited source of renewable energy will be viable, profitable, and sustainable.”

“This report shows that advances in technology have enabled solar energy to be cheaper and more reliable than ever before,” said Fergus Drake, Chief Executive of Crown Agents. “Now we need governments, donors and the private sector to get behind solar in a bold way to reach the 1.1 billion people living without electricity today.”

Crown Agents is now calling on donors and investors to shift their attention towards solar, explaining that “a preoccupation with upfront capital expenditure, and a failure to grasp the long-term return on investment from next-generation solar, have hampered the scaling of solar across the developing world.” However, considering the dramatic fall in costs around the world, solar is becoming more and more cost-effective. Further, and of intimate interest to billions around the world, advances in off-grid solar technology and accompanying technologies such as energy storage and microgrids can now deliver reliable and consistent electricity to communities who don’t have access to the grid but instead rely on fossil fuel technologies like diesel generators.

According to Crown Agents, the real cost of off-grid solar and battery storage now sits below 20 cents per kWh, compared to at least 60 cents per kWh of energy generated by small diesel and petrol generators. As a result, households in developing countries would immediately save up to 80% by switching to solar + storage.

With approximately 1.1 billion people living today without access to electricity, the advent of low-cost solar + storage technology presents a wealth of opportunities for investors, developers, and the global poor. Further, off-grid solar technology is not just immediately accessible for rural communities, but it is a tremendous saving for countries that will not necessarily need to invest in cost-heavy centralized infrastructure such as transmission lines to rural areas — inherently expensive and ineffective, considering the costs to usage ration. You can run a transmission line into a busy neighborhood and be assured it will be paid off relatively quickly, but take that same transmission line and run it out into the middle of nowhere with populations a scant percentage of those urbanized areas, and the cost-effectiveness drops like a stone.