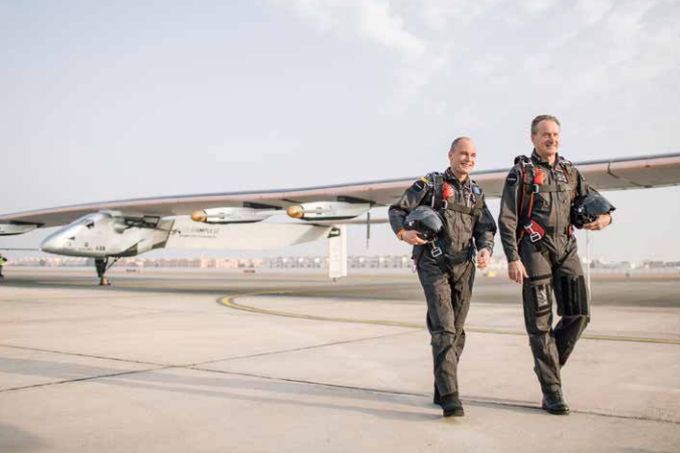 Tour the planet by plane without consuming a liter of fuel? Everyone would say it was impossible. But not two enthusiasts, fans of flying and renewable energy sources – Bertrand Piccard and André Borschberg

On March 9, 2015, ABB, a leader in the power and automation market, proudly saw off the aircraft Solar Impulse II and two brave pilots –to a flight around the globe. Crossing their route in carefully planned stages, Piccard and Borschberg were changing as pilots while the aircraft, powered solely by solar power, flew over five continents. A year later, in July 2016, Solar Impulse returned to Abu Dhabi by crossing an impressive 40,000 kilometers.

This revolutionary flight will enter into history with three broken world records, of which the biggest feat is that they were in the air for 117 hours and 52 minutes, from Nagoya in Japan to Hawaii, and on this occasion, they passed 8,924 kilometers without using any fuel whatsoever.

All this would not be possible if this aircraft did not have 17,248 solar cells on its wings, whose range is 72 meters, which allows the aircraft to fully charge its batteries and thus stay in the air and during the night. In order to be filled to capacity and withstand the night flight, the aircraft had to fly at a height that topped Mount Everest.

– If you want to be an innovator, you have to be a pioneer! The desire to fly the Solar Impulse will never abandon me or just to look at it while it is in the air. When you see these four electric motors that lift it up, without noise, without pollution, you have the feeling that you have just jumped into the future. Thanks to new technologies, the future is here today! – said then, Bertrand Piccard. 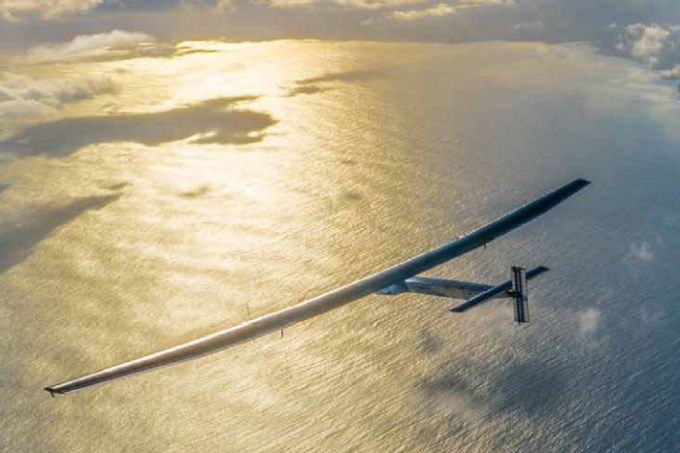 And how did it all begin?

Bertrand Piccard, a pioneer of Swiss aviation and a psychiatrist, who was a part of the first team to fly around the globe in a balloon in 1999, and his colleague Andre Borschberg, an entrepreneur, and engineer, decided in 2003 to launch the Solar Impulse project.

When you see these four electric motors that lift it up, without noise, without pollution, you have the feeling that you have just jumped into the future

Several ABB engineers joined the Solar Impulse team and, with their expertise and dedication, contributed to the mission. Their work included improving the control system for ground operations, improving battery charging electronics on the aircraft and solving obstacles that would appear along the route.

– Solar Impulse was created with the idea to inspire new generations to embrace innovations and technologies for solving the biggest challenges on the planet. ABB followed the Solar Impulse team on every mile of the way – said Ulrich Spiesshofer, the chief executive officer of ABB.

ABB’s enthusiasm for the Solar Impulse Project arose not only from the mutual faith in innovation and technology but also from the slogan of the company “Power and Productivity for a better world“. The spirit of the Solar Impulse project reflects the aspirations of ABB to foster operational efficiency, reduce resource consumption, enable sustainable transport and increase the penetration of clean, renewable energy.

– This aircraft is basically a flying smart network that collects energy from renewable sources and then returns it to consumers in an efficient way – notes Andre Borschberg. 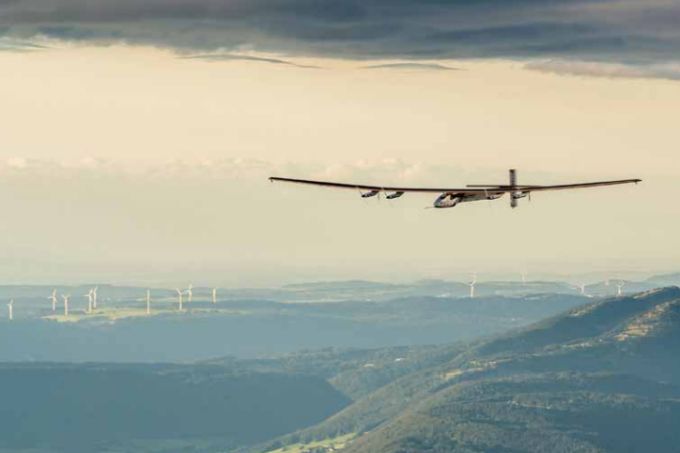 As the world’s second-largest supplier of solar inverters and one of the largest suppliers of generators for wind farms, ABB is the leader in the efficient and reliable integration of renewable energy sources into power grids. ABB helps in building a comprehensive network for fast charging of electric vehicles in Europe and delivers key equipment for the world’s largest network of fast chargers for electric cars in China.

The director of this project, Bertrand Piccard, said that ABB, with its leading technologies that enable the production of energy from renewable sources and encourage the energy efficiency of the Solar Impulse team, has contributed that the team persists in its intention and demonstrates the power of innovation and clean technology.

– That’s what the world needs. Otherwise, we will lose all our natural resources – said Piccard, and added:

– I want to tell all the doubting Thomases to be careful because innovations never come from the system. The candle-sellers did not invent the bulb. Everything you use today, tomorrow will be outdated, so if you want to be advanced, you need to change the way you think. Only those who are flexible will succeed in adapting to changes. Just think of the dinosaurs. They were huge and powerful and they were notable to adapt. If an airplane can fly for days and nights without fuel, solely on solar power, do not let anyone convince you that the same is impossible for cars, heating and cooling systems and computers one day.

ABB is the world’s leading energy and industrial automation company, which helps its users to more efficiently use electricity, increase industrial productivity and reduce harmful effects on the environment. ABB Group operates in around 100 countries and employs around 145,000 people.