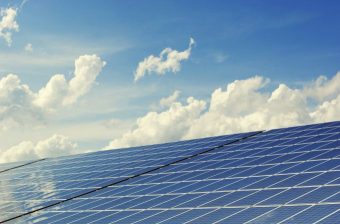 Solar deployment across the UK has suffered a sharp slowdown in the wake of cuts to Feed-in Tariff (FiT) incentives, according to new analysis of government figures from the Solar Trade Association (STA).

Deployment data from the first quarter of this year reveals installation of domestic rooftop solar panels has fallen 75 per cent compared to average deployment since the FiT began, dropping from around 2,700 installations a week to around 650 during the first three months of the year.

Meanwhile, the market for larger rooftop systems – those above 50kW in capacity generally installed on factories and other corporate buildings – has fallen 65 per cent compared to average deployment levels last year.

According to the STA, current deployment now stands at around one large factory roof installation a month.

Overall, there was an 81 per cent fall in new solar deployment during the first quarter of the year compared to the 2016 average, the STA said.

The figures come a year on from major reforms to the FiT regime – changes which saw some tariffs fall by up to 63 per cent and caps on annual spending implemented. Meanwhile, changes to business rates has meant some firms with solar installations have seen their rates rise by up to 800 per cent.

In light of the figures, the STA said it wants a “level playing field” for the technology. It is calling for “fair” business rates and also wants to see reform of the FiT policy for commercial rooftops to deliver a “smooth transition” to a subsidy-free system.

“With policy crunch points clearly hurting solar this spring we urge government to act now to stabilise the industry,” STA CEO Paul Barwell said in a statement.”Solar power led global renewables growth last year and it has an extraordinary future everywhere. But solar is being needlessly impeded in the UK by shock taxes, red tape and by a serious failure in the only remaining supportive policy. The UK solar industry risks being left behind while other major economies strengthen their stake in a booming world market.”

A spokesperson for the Department of Business, Energy and Industrial Strategy (BEIS) said the government wants Britain to be “one of the best places in the world” for clean energy investment. “Solar power is a great success, with more than 11GW of capacity installed in the past five years – that’s enough to power more than 2.6 million homes with clean electricity,” they said.

Solar developers are concerned about the slowdown in the market since last year, but also maintain that solar still represents a good investment for households and businesses in certain circumstances.

Industry insiders maintain solar projects can still offer good returns where the bulk of the power generated is used on-site, arguing such scenarios should become more common in the next few years as the cost of both solar panels and energy storage systems continue to fall.