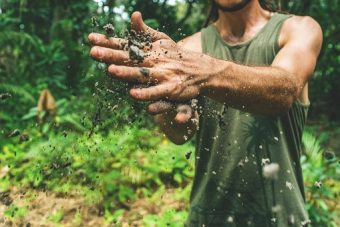 Each year, the world marks World Soil Day on 5 December to raise awareness about the growing challenges in soil management and soil biodiversity loss, and encourage governments, communities and individuals around the world to commit to improving soil health.

“We depend, and will continue to depend, on the ecosystem services provided by soils,” explains United Nations Environment Programme (UNEP) soil expert Abdelkader Bensada.

While soil pollution traditionally has not received the same attention as issues like tree-planting, global momentum picked up in 2018, when the Food and Agriculture Organization of the United Nations (FAO) published a ground-breaking study: Soil Pollution: A Hidden Reality.

The report found that the main anthropogenic sources of soil pollution are the chemicals used in or produced as byproducts of industrial activities; domestic, livestock and municipal wastes (including wastewater); agrochemicals; and petroleum-derived products.

These chemicals are released to the environment accidentally, for example from oil spills or leaching from landfills, or intentionally, through use of fertilizers and pesticides, irrigation with untreated wastewater, or land application of sewage sludge.

The report found that soil pollution has an adverse impact on food security in two ways –it can reduce crop yields due to toxic levels of contaminants, and crops grown in polluted soils are unsafe for consumption by animals and humans. It urged governments to help reverse the damage and encouraged better soil management practices to limit agricultural pollution.

In follow up to the 2018 study, UNEP, the Global Soils Partnership, the Intergovernmental Technical Panel on Soils, the World Health Organization and the Basel, Rotterdam and Stockholm Conventions Secretariat are working on another report on the extent and future trends of soil pollution, including risks and impacts on health, the environment and food security. Scheduled to be released in February 2021, it builds on another UNEP report – Towards a pollution-free planet. 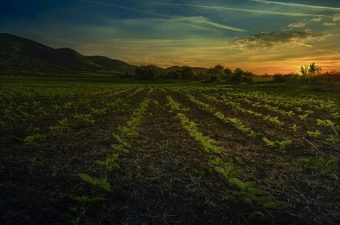 “Soil pollution can lead to the emergence of new pests and diseases by changing the balance of ecosystems and causing the disappearance of predators or competing species that regulate their biomass. It also contributes to the spreading of antimicrobial resistant bacteria and genes, limiting humanity’s ability to cope with pathogens,” says Bensada.

Pollution can also cause the quality of soil to dwindle over time, making it harder to grow crops. Currently, the degradation of land and soils is affecting at least 3.2 billion people – 40 percent of the world’s population.

Contaminated soil is also a major cause of land degradation – an issue that is at the heart of the United Nations Decade on Ecosystem Restoration 2021-2030. Led by UNEP, FAO and partners, the initiative is a global call to action to scale up restoration of terrestrial, coastal and marine ecosystems over the next 10 years. This includes promoting sustainable practices to improve soil management.

“Soil has a key role to play in the UN Decade through its ecosystem functions as it affects water regulation, nutrient recycling, food production, climate change and the biodiversity of terrestrial ecosystems,” says Bensada. “Transitioning from soil degradation to practices that restore soil is critical to ensure the food security and wellbeing of generations to come.”