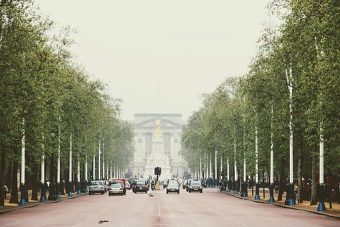 Mayor Sadiq Khan yesterday unveiled a new fund promising to provide £1.6m of funding to 100 London-based clean tech firms, in support of his vision to make the capital the “world’s leading ‘smart city'”.

Speaking at the launch of London Tech Week, Khan called on the global tech industry to step up efforts to tackle environmental and social challenges, including air quality, climate change, housing, and the future of the transport sector.

“My ambition now is to harness the new technologies that are being pioneered right here to transform London into the world’s leading smart city,” he said. “The potential for cutting-edge technology to tackle a host of social, economic and environmental challenges is immeasurable. From air pollution and climate change to housing and transport, new technologies and data science will be at the heart of the long-term solutions to urban challenges.”

In support of the new ambition, the Mayor officially launched the Better Futures Clean Tech Incubator, which will aim to support 100 London-based small businesses in delivering “low-carbon and clean-tech products to tackle the causes and effects of climate change”. The Mayor’s Office said the funding would help kick start the development of a clean-tech cluster for London, developing a hub for low-carbon industries in the capital.

Khan said recruitment was also under way for the post of London’s first Chief Digital Officer, who would be tasked with supporting the roll out of a new generation of smart city technologies.

And he reiterated his commitment to ensuring that post-Brexit the UK retains its position as Europe’s leading city for foreign direct investment into the technology sector.

As such, the Mayor used the start of London Tech Week to open Plexal, a new innovation hub at Here East with capacity for supporting up to 800 technology start-ups and global corporations.

“Plexal will become a truly unique innovation destination not only for London but the rest of the World,” said Claire Cockerton CEO of Plexal. “The success of London’s technology sector has been built on a strong culture of collaboration and entrepreneurial spirit. At Plexal, our mission is to become the beating heart of inventive enterprise; connected, intelligent and dynamic – where people join forces, ideas spark and new business is born.”