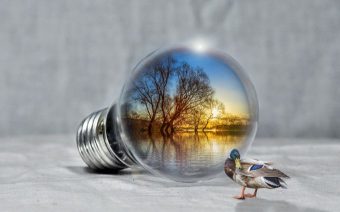 Uruguay gets 94.5% of its electricity from renewables. In addition to old hydropower plants, a hefty investment in wind, biomass and solar in recent years has raised the share of these sources in the total energy mix to 55%, compared with a global average of 12%, and about 20% in Europe.

Costa Rica went a record 94 consecutive days earlier this year without using fossil fuel for electricity, thanks to a mix of about 78% hydropower, 12% geothermal and 10% wind. The government has set a target of 100% renewable energy by 2021. But transport remains dirty.

Iceland has the advantage of being a nation of volcanoes, which has allowed it to tap geothermal sources of 85% of its heating and – with the assistance of hydropower – 100% of its electricity. This has made it the world’s largest green energy producer per capita.

Paraguay has one huge hydropower dam at Itaipu, which supplies 90% of the country’s electricity.

Lesotho gets 100% of its electricity from a cascade of dams that have enough spare capacity to export power to South Africa.

Bhutan’s abundant hydropower resources generate a surplus of electricity that accounts for more than 40% of the country’s export earnings. But over-reliance on one source can be a problem. In the dry season, it has to import power from India.