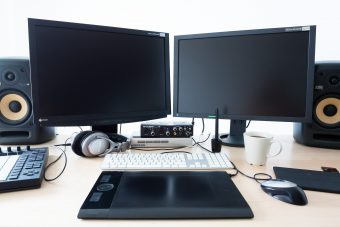 Our always-on devices turn out to consume a lot of power. Do I really need to connect my garage door to the Internet?

A few years ago I called Sanctuary Magazine “the best green shelter magazine available anywhere” (it still is). But Australia’s Alternative Technology Association has also published the much more hardcore Renew Magazine for 40 years. When I started reading it I could barely understand it and complained it was for nerds, but either I have finally started learning what this stuff is all about or it has become more user-friendly. I suspect the latter, because I sort of understood Lance Turner’s article in issue 147 on Small loads that all add up.

It is a subject we have covered before on TreeHugger, where we have noted that every single little smart device has a small electrical drain to run its radio; I calculated that my Hue Smart Bulbs on my dining room table use more energy while they are off than while they are on, and they are not my only Smart devices. It all adds up quickly.

Lance Turner at Renew goes through the list of those little loads that we all have in our homes now, from modems and routers to range extenders, cordless phone base stations and alarm systems. According to Lance, “the average energy consumption for burglar alarms is 5.9 watts continuously, or 52 kWh a year.” That’s a lot of electricity and, for the average American electricity customer, the equivalent of driving 2.5 miles in your average American car.

Things are much better than a decade ago when everyone was talking about vampire power from wall-warts and from computers and TVs on standby mode, but the new smart devices can draw a lot of power. According to an Android site, a Sonos Play unit draws 3.8 watts on standby, an Amazon Echo Plus 3.5 watts.

Lightning exploded a tree outside our house last week, and the power surge exploded much of my home network and Internet setup, so the phone company and George Hardy of Connected Living have been busy replacing things. George and I inventoried the stuff on my network shelf; for fun, I have converted them all to average American CO2 generated and miles driven equivalent, even though I have clean Ontario power and Bullfrog offsets and ride a bike.

The results were pretty shocking; I had no idea that so much power was dribbling out of that closet. I immediately made some changes; I killed the wifi from the router, leaving just one network broadcasting. I pulled the AirPort Extreme unit; I am already saving everything on iCloud. And do I really need to be able to open my garage door with my phone? I am pulling that out too. I have probably cut that electrical load just from the closet in half.

Seriously, all of this Smart Home high tech stuff adds up; I work from home so have more of it than most people, but then other people have other phantom loads, including printers, big smart TVs, gaming consoles and computers and more. We should all be looking at each and every item.

Or, you might say that you have solar power or live in Quebec where everything is water powered and it doesn’t matter. But Lance Turner reminds us:

“One last issue to consider when buying any appliance is embodied energy. All equipment and appliances take materials, energy and resources such as water to manufacture and eventually recycle if that is possible, so the longer they last the lower their environmental footprint, all things being equal.”

So don’t buy stuff you don’t need (do I have to connect my garage door opener to the Internet?) and buy quality stuff that will last a long time. And don’t fall for all this smart home stuff; as the late lamented Mike Rogers noted last year, a well-built dumb house uses a lot less energy.