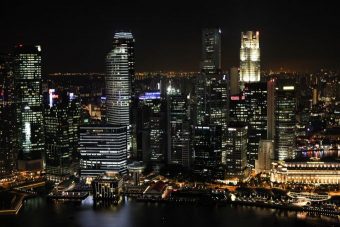 Singapore yesterday revealed plans to introduce a carbon tax that will see large emitters charged for the pollution they release into the atmosphere.

Announcing the plans in his budget speech yesterday the city-state’s Finance Minister Heng Swee Keat said the tax would apply to facilities producing more than 25,000 tonnes of greenhouse gas emissions a year.

“Singapore produces less carbon emissions per dollar of GDP than most countries,” Swee Keat said in his budget speech, according to AFP. “We intend to further reduce our emissions intensity to make a bigger effort to combat climate change.”

But the planned Singapore tax is still well below the €30 (US$37) per tonne climate scientists and economists believe is necessary to cover the environmental costs of pollution.

An OECD report last week concluded energy taxes around the world are far too low to deliver environmental benefits or deep emissions cuts, despite rising political interest in such policies.