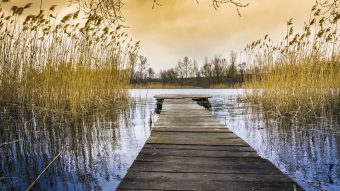 Thanks to the European Commission’s financial and Council of Europe’s technical support, 561 so-called Emerald Network sites (under the Bern Convention) have been created covering just over 12 % of the Eastern Partnership countries’ territories. These sites aim to support species and habitats targeted for protection under the Convention. This work has been supported by the EU under the European Neighbourhood Instrument (ENI) regional project on Implementing the Shared Environmental Information System (SEIS) principles and practices which has been executed by the EEA. Throughout the duration of the partnership project, the EEA supported capacity building to improve reporting on protected areas under international obligations and indicator development for knowledge-based policy making. The EEA also provided expertise on sufficiency assessments of species and habitats in the countries proposed for inclusion in the Emerald Network.

While Eastern Partnership countries have made substantial progress in overall performance over the duration of the project, more efforts are needed to improve data reporting obligations under international agreements related to biodiversity. More efforts will also be needed to improve the effectiveness of the management of protected areas as well as putting efficient monitoring programmes in place.

The Eastern Partnership is a joint policy initiative which aims to deepen and strengthen relations between the EU, its Member States and its six Eastern neighbours: Armenia, Azerbaijan, Belarus, Georgia, Republic of Moldova and Ukraine. Under the Partnership’s joint policy initiative, a four-year project on ‘Implementation of the Shared Environmental Information System (SEIS) principles and practices in the ENP East region’ (the ENI East II project, 2016-2020) was granted by the EU to promote the principles of a Shared Environmental Information System and its impact on better environmental governance in various thematic areas, including biodiversity conservation.