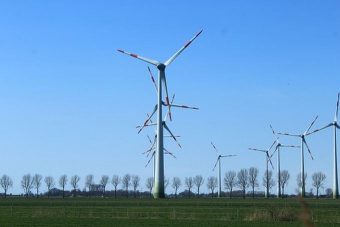 Siemens Wind Power has received an order for a new onshore wind project in the southwest of France. The new wind power plant, owned by Futuren, an international independent renewable energy producer, will be installed on a site close to the towns of Courant and Nachamps (Charente-Maritime) in the region of Nouvelle-Aquitaine. It will consist of seven units of the Siemens direct-drive onshore wind turbine SWT-3.2-113. The contract includes service and maintenance over a period of 21 years.

Once in operation, the wind farm with its total capacity of 21 megawatts (MW) will supply clean energy for almost 24,000 households. Commissioning is planned for 2018.

“We are proud to continue our collaboration with the Futuren Group as this international company is an important player in the French renewable market,” states Thomas Richterich, CEO Onshore at Siemens Wind Power. “At the same time the new project strengthens our direct-drive technology in France.”

“A successful first implementation in the Somme department (North of France) with direct-drive wind turbines, has convinced us to make the same choice once again,” says Fady Khallouf, CEO of Futuren. “Based on a long-term balanced industrial relationship with Siemens, we are today ordering wind turbines of the same type for our future wind farm in the Charente-Maritime department (south-west of France).”