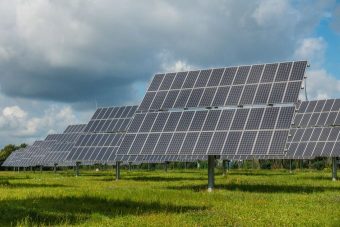 Siemens Gamesa, the world’s second-largest wind turbine manufacturer, announced this week that it is expanding its solar business, after successfully securing an order to provide a complete turnkey EPC solution for 160 megawatts of solar in India.

It is no surprise that technology-specific renewable energy companies are diversifying their expertise. Only last week Ørsted, the company formerly known as DONG Energy, and one of the world’s leading offshore wind energy developers, revealed it was looking to expand its focus and had “established a new unit to explore energy storage and solar PV projects, and we are also looking more closely at the market for onshore wind.”

Primarily known as a wind turbine manufacturer and construction company, Siemens Gamesa has also been in the solar game for awhile, ever since Gamesa entered the solar business in 2015, previous to its successful merger with Siemens’ Wind Power business in April of 2017. The focus has been Siemens Gamesa India, where the company is currently involved in several large solar projects across the country.

Siemens Gamesa will provide engineering, procurement, and construction (EPC) for both projects, as well as supply the inverters and commission the projects. Both projects were booked during the company’s first quarter, and are expected to be commissioned in March.

“Today India is one of the most promising markets for renewable energy,” said Ramesh Kymal, Chairman and Managing Director, Siemens Gamesa India. “The country has witnessed incremental growth in the solar segment in the last three years and we expect the momentum to increase in the coming years. Having firmed up our roots in solar business, we are fully geared to contribute to the government’s target of 100 GW of solar power by 2022.”