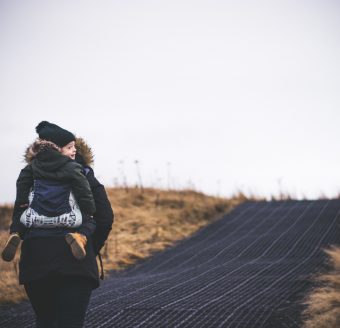 Various means such as petroleum products, biomass, sun, wind, water, nuclear fission, lead us to the production of electricity as the ultimate goal. Each of the methods of obtaining energy has its advantages and disadvantages from the perspective of operating costs, environmental impact, opportunities for continuous energy supply, safety, durability, and price. Numerous studies have shown that coal is the most dangerous for our atmosphere, followed closely by other fossil fuels – oil and natural gas.

If we continue the relentless exploitation and burning dirty energy, we will bring into question the survival of our planet and descendants. Alternatives to fossil fuels exist and are increasingly competitive in the global energy market. Does Southeast Europe keep up with the world in this field?

The German research institute Agora Energiewende gave an overview of the status of renewable energy sources (RES) in this region.

The European Union strives to achieve a reduction of greenhouse gas emissions by 45 per cent compared to 1990 levels by 2030. It is estimated that by that time, 55 per cent of the kilowatts will be of green origin in Europe’s electricity distribution network, where sun and wind will have a particular contribution to the low-carbon future. Southeast Europe, however, has no precise plans for the gradual elimination of coal from its energy mix, and it does not look up to its neighbours from the west of the Old Continent in this field. Moreover, the countries from this region, and especially in the Western Balkans, are looking for investors for new thermal coal and lignite power plants.

For the successful implementation of decarbonisation in the energy sector, which implies the reduction of CO₂ emissions from combustion of fossil fuels, it is necessary to invest in photovoltaic cells and wind turbines continuously, but also in the development of renewable energy as well as in energy efficiency in general. Equally important prerequisites are the integrated electricity market, the regulation of the secure supply system, the closure of coal power plants and the elimination of risks.

In order to gain the confidence of investors and encourage them to direct their money into clean energy resources, stable and reliable political frameworks in the energy sector are necessary. In the current market conditions, green investments in Southeast Europe are twice as expensive than the same in Germany or France, so these countries should work to remove obstacles that generate 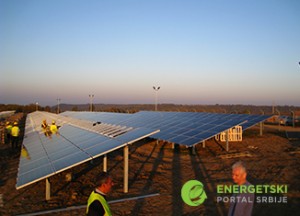 An essential role in the “greening” of energy also plays the cooperation that goes beyond national borders. Merging of energy systems at the regional level does not require huge financial resources and is an effective way to strengthen the security of the electricity supply chain. The regional market should consequently ensure the “flexibility” and network resistance.

Power plants in Southeast Europe are worn out, and as much as 95 per cent of capacities will require replacement by 2050. It is an opportunity for sustainable energy resources to take the place of thermal power plants in the energy mix. However, according to project plans, which are mainly financed by China, fossil fuels will be replaced – by fossil fuels.

Another challenge for the energy transition in this part of Europe is the energy (in)efficiency of buildings. Residential and public buildings consume more than 40 per cent of electricity, which means that there is a vast potential for improvement.

The final step of a successful energy transition is a comprehensive plan that refers to energy security, competitiveness, and mitigation of global warming.

Whether sun’s rays will illuminate more solar panels or coal mines in Southeast Europe in 2050, is currently unknown. However, it is clear which option is better for human health and the environment.

This article was published in the new issue of the Energy portal Magazine on CLEAN ENERGY, December 2018 – February 2019.