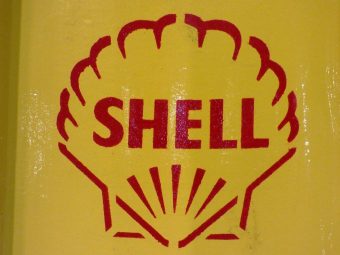 Shell has stepped up its growing interest in the fast-expanding electric vehicle (EV) market, with the announcement today it is to partner with a number of top automakers to deliver a new fast charging network across Europe.

Just weeks after the company started the rollout of EV charge points at 10 UK forecourts, Shell today confirmed it was working with the IONITY joint venture, which brings together BMW, Daimler, Ford and Volkswagen and is aiming to install 80 high speed charging sites on European highways by the end of 2019.

The IONITY network will initially focus on Belgium, the UK, France, the Netherlands, Austria, the Czech Republic, Hungary, Poland, Slovakia and Slovenia. The group has said it aims to have 400 sites in place by 2020 as it seeks to tackle the issue of ‘range anxiety’, which is regarded as one of the main obstacles to EV take up.

Shell said the technology could give a car 350km of range in five to eight minutes, making it much easier for drivers to cover long distances in EVs.

The move by the oil giant comes in response to its projections that the global EV fleet could grow from just one per cent of new vehicles currently to 10 per cent by 2025. Some analysts are predicting even faster market penetration as costs fall and ranges increase.

News agency Bloomberg quoted John Abbott, the top executive of Shell’s downstream business, as recently saying the company wants 20 per cent of profit margins from sales of fuel on its retail forecourts to come from vehicles that do not burn diesel or gasoline by 2025.

The news is the latest in a string of high profile developments of the global EV markets this month, as automakers rush to deliver a new fleet of EVs boasting longer ranges, shorter charge times, and lower price points.

VW recently announced it is to invest over €10bn alongside local partners to build a range of new EV and low emission vehicles for the Chinese market, while Ford has also announced plans to invest $753m to build small electric cars in China with local partner Anhui Zotve Automobile.

Meanwhile, Tesla’s Elon Musk unveiled the company’s new electric truck with a promise to slash charge times and boost range for the nascent zero emission truck sector. And Nikkei reported that Honda Motor is working on plans to deliver EVs capable of being fully recharged within 15 minutes by 2022.