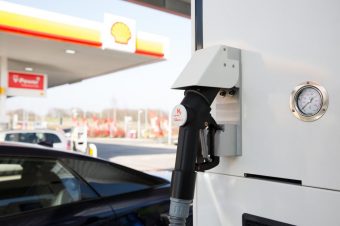 Matthew Tipper, Vice President, Future Fuels at Shell said: “Hydrogen has the potential to become a clean and versatile transport fuel for the future, and the Cobham hydrogen site is one of the ways Shell is encouraging the use of alternative fuels to contribute to the energy transition. This will provide customers with hydrogen fuel cell electric vehicles the ability to refuel simply and quickly, at one of the largest petrol stations in the UK.”

The opening of Shell’s first UK hydrogen site follows the success of sites in California, and in Germany where Shell is part of a joint venture with the ambition to open a network of up to 400 hydrogen sites by 2023. Shell is in the process of assessing the potential of future projects in the United States, Canada, Switzerland, Austria, France, Belgium, Luxembourg and the Netherlands.

In addition, Shell is a founding member of the Hydrogen Council, announced at Davos in January 2017, comprising energy companies, OEMs and technology partners with a collective pledge to accelerate investment in the development and commercialisation of the hydrogen and fuel cell sectors.

Hydrogen fuel cell electric vehicles convert hydrogen into electricity and produce only heat and water when driven. They offer an alternative to the conventional internal combustion engine, a driving experience similar to electric cars, and no local emissions. Hydrogen vehicles can drive up to 700 kilometers without refuelling and can be refuelled in a few minutes at a standard forecourt with a hydrogen pump.

Sinead Lynch, Shell’s UK Country Chair, commented: “We believe the journey to a low-carbon economy requires a coordinated and collaborative approach among organisations in the transport sector, including providers of energy and transport vehicles, users of transport vehicles, local authorities as well as government. The Cobham retail site is a small but significant first step toward developing infrastructure needed for increased usage of hydrogen vehicles.”

The hydrogen is generated on-site using an electrolyser which requires only water and electricity to generate the hydrogen gas. The hydrogen station at Cobham is the third hydrogen site in the UK to be supplied by ITM Power and opened as part of the HyFive project. The initiative has been partially funded by the European Fuel Cell, Hydrogen Joint Undertaking, and the UKs Office of Low Emission Vehicles.

Dr. Graham Cooley, CEO of ITM Power, said: “ITM Power is pleased to partner with Shell to bring their first forecourt hydrogen fuelling site to life. Electrolytic Hydrogen is the cleanest and lowest cost renewable fuel available for fuel cell electric vehicles. We look forward to working with Shell to introduce additional hydrogen stations on their forecourts in the UK in the near future.”

Shell’s Cobham site opened in 2012 and was built for the 150,000 vehicles that travel on the M25 on a daily basis. The site received more than a million customer visits in 2016.