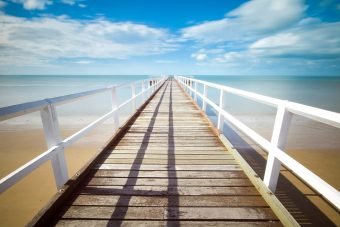 In the future, when fossil fuels are no longer the leading source of energy around the world and oil platforms aren’t pumping oil from beneath the ocean floor, we won’t have to worry about oil spills, but unfortunately, ocean pollution from spills, leaks and other sources is still a reality.

There are many technologies that have been developed to clean up spills more effectively, but the first hurdle is quick and accurate detection of chemical pollutants in the ocean.

Researchers at the Polytechnic University of Valencia have come up with a way to keep tabs on ocean pollution and keep it from spreading.

They designed an intelligent sensor system that can detect very small quantities of chemical pollution that might come from oil leaks and other contaminants. It can detect the exact location of toxic waste, diesel and other hydrocarbons and how far they have spread through that part of the ocean.

The sensors are embedded in floating devices that can be deployed in any body of water and using clever algorithms move independently to find the perimeters of a pollution event like in an oil spill. The sensors communicate back to the researchers in real time so that a map can be created using their relative positions and what contaminants they’re detecting.

A system like this could make pollution clean up more effective because spills and other events could be detected much earlier before they spread.

“Different chemical pollutants require different techniques for their clean-up. But the single most important factor for minimising the impact and damages to the affected area is how quickly they is detected. This is particularly critical in the case of oil spills, where a full clean-up is virtually impossible if decontamination efforts don’t start immediately,” said Jaime Lloret from the UPV’s Research Institute for Integrated Management of Coastal Areas.

Quick identification and containing of ocean pollution is crucial for the health of ocean organisms and humans too.