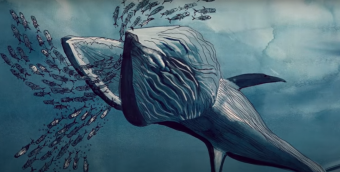 In rare good news, the federal permits that allow fossil fuel companies to use deafening airguns — which harm many marine species — will expire on November 30 and not be renewed.

A status conference on seismic litigation on October 1 resulted in a victory for coastal communities and businesses, marine species, the climate, and a number of environmental organizations. After a long battle around the issuance of permits — or Incidental Harassment Authorizations (IHAs) — that allow fossil fuel companies to use seismic testing to search for oil and gas deposits under the Atlantic ocean floor, attorneys for the federal government recognized that the IHAs would expire next month, with no way to legally extend them. Lawyers for the fossil fuel companies’ acknowledged that the industry could not launch their boats this year.

“There will be no seismic blasting this year,” says Michael Jasny, director of NRDC’s Marine Mammal Protection Project, “and none of the senseless harm that would bring to our whales and fish and coastal communities.”

Seismic blasts are fired as often as every 10 seconds for weeks, sometimes months on end. The noise disrupts the vital behaviors of a wide variety of marine life — including whales and many species of fish and invertebrates — that rely on sound to find food, select mates, avoid predators, and navigate. Scientists warn that, when added to existing threats like ship strikes and entanglement, seismic activity alone could drive the endangered North Atlantic right whale to extinction. In 2017, the Obama administration had determined that the practice was too risky and denied these same permits.

In November 2018, the U.S. National Marine Fisheries Service (NMFS) issued a round of IHAs, a move that was met by a wave of backlash from environmental groups like NRDC — which, joined by ten states and numerous coastal communities and businesses, took the agency to court.

While today marks a significant victory in the fight against seismic blasting and the fossil fuel industry, “the Trump administration has left the door open to new proposals from industry,” Jasny says. “The only way to end the threat is to prohibit offshore oil and gas exploration for good.”