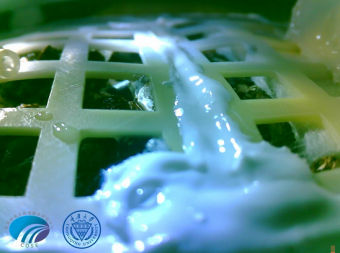 China has taken a major step toward long-term space exploration. Earlier this month, the Chinese moon probe Chang’e 4 carried a container with cotton, mustard and potato seeds, yeast and fruit fly eggs to the moon’s far side (facing away from Earth), and early this week, the China National Space Administration said that those seeds started to sprout. Unfortunately, temperatures dropped and killed the plants.

According to the BBC, the project was designed by 28 Chinese universities, and the experiment was contained within a canister 7 inches tall and weighing about 6.5 pounds. It was designed to test photosynthesis and respiration, which are processes that produce energy.

The plants were in a sealed container on the lunar lander, and the hope was that the crops would form a mini-biosphere. Inside the container, the organisms had a supply of air, water and nutrients to help them grow. The scientists said that keeping it at the right temperature was a challenge, because of the wild temperature swings on the moon, which ultimately killed the first sprout.

If the experiment worked, astronauts could potentially begin to harvest their own food in space. That would be incredibly useful for long-term space missions, because they wouldn’t have to return to Earth to resupply. Although the sprout died, the experiment is a move toward this goal.

But could these experiments contaminate the moon? Generally, scientists don’t believe this is something we need to worry about, especially because there have been containers of human waste on the moon for 50 years thanks to the Apollo astronauts.

The consensus among experts is that the sprout was “good news.” Fred Watson, astronomer-at-large at the Australian Astronomical Observatory, said that it could be a positive development for future space exploration.

“It suggests that there might not be insurmountable problems for astronauts in future trying to grow their own crops on the moon in a controlled environment,” Watson said. “I think there’s certainly a great deal of interest in using the moon as a staging post, particularly for flights to Mars, because it’s relatively near the Earth.”