On 12 January 2017, the Secretariat sent an Opening Letter to Serbia in Case ECS-18/16. In its Letter, the Secretariat addressed a 2012 Agreement between the Serbian and Russian governments on the supply of natural gas to Serbia. The Agreement is implemented via a contract between Gazprom Export and Yugorosgaz. In particular, the Secretariat expressed concerns about Article 4(3) of the Agreement, which stipulates that the natural gas supplied on its basis is intended for use in the Serbian market. This constitutes a destination clause, which according to settled case law, infringes the competition acquis under the Energy Community Treaty.

The Secretariat came to the preliminary conclusion that by ratifying an agreement requiring undertakings to adopt a contract contrary to Article 18(1)(a) of the Treaty, Serbia deprived Article 18(1)(a) of its effectiveness and thereby infringed its obligations under the Energy Community Treaty.

Article 18(1)(a) prohibits all agreements between undertakings, decisions by associations of undertakings and concerted practices which have as their object or effect the prevention, restriction or distortion of competition.

By sending the Opening Letter, the Secretariat initiated a preliminary procedure, the purpose of which is to give Serbia the opportunity to react to the allegation of non-compliance with Energy Community law within two months and to enable the Secretariat to establish the full background of the case.

According to Articles 7 and 17 of the Rules of Procedure for Dispute Settlement, interested parties may be granted access to the case file and may submit written observations on the present case to the Secretariat during the preliminary procedure. All requests for information on this case should be addressed to the Deputy Director and Legal Counsel at dirk.buschle@energy-community.org 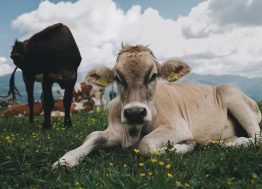