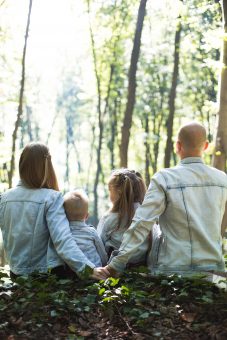 The previous year, just 7,100 hectares of new trees were planted.

In his announcement, he stressed that tree planting makes a “critical contribution” to tackling the global climate emergency and noted 84% of all new planting across the UK last year took place in Scotland.

Around 3,900 hectares of new native broadleaf trees were planted, making up around 40% of all new planting in Scotland and meeting commitments for new native woodland creation.

The Scottish Government planted around 1,000 hectares, with the remaining 10,200 hectares being planted by a range of private forestry interests.

It says the increase in planting will help fight climate change as the trees absorb “substantial amounts” of carbon dioxide during photosynthesis.

Mr Ewing said: “This is fantastic news that we’ve smashed the targets. It is testament to the Scottish Government making forestry a priority and investing and helping growing the industry.

“In Scotland alone, around 9.5 million tonnes of carbon dioxide each year are removed from the atmosphere by our forests – this is a clear example of why an increase in tree planting is so important in the fight against climate change.”