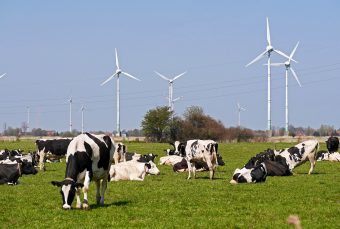 Green groups have called on Scottish ministers to set an ambitious new target to source half of Scotland’s energy needs for electricity, heat and transport from renewable sources by 2030.

In October WWF Scotland released analysis showing meeting half of Scotland’s energy needs with renewable technology is an achievable goal.

Today, the campaign group has teamed up with trade body Scottish Renewables to reignite calls for a more ambitious renewables target, following a “landmark year” for clean energy in the country which saw renewables generating 59 per cent of the country’s electricity needs, according to official statistics released last week.

WWF Scotland outlined some of the clean energy achievements seen in Scotland this year, including the world’s first fully operational array of tidal turbines start spinning, the opening of the largest solar farm in the country in Tayside, and the UK’s biggest community rooftop solar project completed in Edinburgh.

“2016 was without doubt a landmark year for renewables in Scotland,” Lang Banks, WWF Scotland director, said in a statement. “However, following the ratification of the Paris climate agreement, we can and should go much further. Analysis has shown that a 50 per cent renewables target for all our energy needs by 2030 is not only needed, but that it is achievable. Ministers should now make this a Scottish government target and bring in the policies needed in its forthcoming energy strategy.”

The Scottish government is set to publish its third climate plan in the new year, alongside a new energy strategy setting out how it plans to transition to a low-carbon economy.