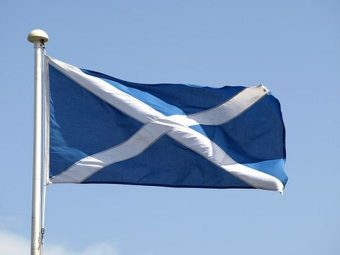 The Scottish government has unveiled sweeping new plans to scale up the use of renewable fuel in electricity, transport and heat across the country, under its first ever Energy Strategy.

The Strategy, released yesterday, sets a new target for at least 50 per cent of all Scotland’s heat, transport and electricity consumption to be supplied from renewable sources by 2030. It also targets a 30 per cent increase in energy productivity across the economy.

To drive progress towards these new targets, the Scottish government also revealed £80m in new investment in the energy sector – £60m for low-carbon innovation and £20m for energy investment – and confirmed plans for a publicly owned energy company.

Crucially meanwhile, it also promised to publish an Annual Energy Statement, setting out the country’s latest energy statistics, its progress against targets and key priorities, and an up-to-date assessment of how technological advances will impact the planned changes to the energy system.

“This strategy will guide decisions of the Scottish government over the coming decades,” Business, Energy and Innovation minister Paul Wheelhouse said in a statement. “We want to make sure, within the scope of our devolved powers, good stewardship of Scotland’s energy sector – something we have called the UK government to step up to for years.”

Scotland’s electricity supply is already largely decarbonised, with renewables meeting 54 per cent of its electricity needs in 2016. But the majority of the country’s energy demand for heating and transport is still met with fossil fuels, meaning just 18 per cent of Scotland’s final energy consumption comes from renewable energy sources.

Achieving the 50 per cent target for power, heating and transport will require the share of renewable electricity to rise from 54 per cent of Scotland’s consumption to more than 140 per cent, the Strategy notes, to help offset slower gains elsewhere. Of particular focus will be driving development of deep water offshore wind and lobbying the UK government to allow new onshore wind projects. Hitting the target also depends on the rapid rollout of electric vehicles running on clean power, and renewable heating technology account for 20 per cent of non-electrical heating demand, the Strategy adds.

There are signs shifts to cleaner fuels is already underway in Scotland beyond the power sector. Earlier this week the RAC Foundation released new data suggesting the use of electric vehicle charging points has surged by 43 per cent over the last 12 months. The number of electric cars and vans registered in Scotland has also grown from just over 4,000 to 6,284 over the last year, the charity noted.

However, although the strategy champions the potential of low-carbon energy, it is careful to also stress the importance of Scotland’s oil and gas sector. “Our oil and gas industry and heritage will remain the bedrock of our future energy system – supplying energy, but also expertise and skills to support our transition to a different, low carbon energy future,” Wheelhouse wrote in a foreword.

It also warns that UK-wide progress under the Clean Growth Strategy, as well as the final negotiating agreement under the Brexit process and the promises made in the Industrial Strategy, will impact its ability to achieve the goals.

“Reaching 50 per cent in 13 years will be challenging, particularly in more uncertain market conditions compared to those in the preceding decade, and due to the fact that not all the relevant policy levers are devolved to the Scottish government,” the report admits. “But the target demonstrates the Scottish government’s commitment to a low carbon energy system and to the continued growth of the renewable energy sector in Scotland. It also underlines our belief in the sector’s ability to build on its huge achievements and progress thus far.”

The new strategy is ambitious in its scope and targets, but much of its success will depend on how effectively it manages to convert ministers in Westminster to its cause. After all, it is UK-wide policy that controls much of the decision-making around large scale renewables developments, while it is an Industrial Strategy drawn up in Westminster that will provide the blueprint for solving much of the infrastructure challenges, from EV charging to low-carbon heating, facing the country. The Energy Strategy is a bold statement of intent, but it’s a journey Scotland may find tricky to complete without the rest of the UK by its side.