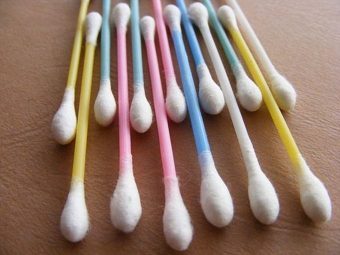 The Scottish government has today revealed new plans to become the first UK country to ban the manufacture and sale of plastic cotton buds, one of the most common pieces of litter washed up on beaches around the British Isles.

Announcing the plans today ahead of a major speech on the environment from British Prime Minister Theresa May, the Scottish government said it would ban the “unnecessary” use of plastic in the buds and instead promote biodegradable alternatives.

“Despite various campaigns, people are continuing to flush litter down their toilets. This has to stop,” Scotland’s Environment Secretary Roseanna Cunnigham said.

“Scotland’s sewerage infrastructure collects and treats some 945 million litres of wastewater each day. These systems are not designed to remove small plastic items such as plastic buds which can kill marine animals and birds that swallow them.

“These products are completely unnecessary as biodegradable alternatives are readily available. The need for action is clear and I would encourage everyone with an interest in safeguarding our natural environment to take part in the consultation when it opens.”

The proposals will be put to public consultation, but are likely to prove popular both with environmental campaigners and the general public following a spike in concern over ocean waste after the BBC’s Blue Planet II series highlighted the impact of plastic waste on ocean wildlife.

Dr Lyndsey Dodds, head of marine policy at WWF, described the move as a “step in the right direction”. “We know plastic is suffocating our seas and devastating our wildlife with millions of birds, fish and mammals dying each year because of the plastic in our oceans,” she said. “Plastics are also finding their way into the food we eat and the water we drink so saving our oceans will require further ambitious action from governments, industry and consumers.”

The move came ahead of May’s speech this morning to launch the 25 Year Plan for Nature the Prime Minister which is expected to set out a new national action plan to cut plastic waste and set a goal to eliminate “avoidable” plastic waste by 2042.

Her address, the first dedicated environment speech by a sitting Prime Minister in more than a decade, will lay out plans for plastic-free aisles in supermarkets, an extension to the 5p plastic bag levy, and a call for evidence on single-use plastics.

The Plan for Nature will also include a new collaborative programme to re-imagine the plastics supply chain to make it more environmentally friendly.

The New Plastics Economy initiative, which will be led by waste advisory body WRAP and the Ellen MacArthur Foundation, will work with business and governments to boost plastic recycling rates and ensure more packaging is reusable or compostable.

“Creating a circular economy for plastics amounts to a huge opportunity for the economy as well as providing a longer-term benefit for the environment,” Dame Ellen MacArthur, founder of the eponymous foundation, said in a statement. “Achieving it will require close collaboration and significant commitment from industry, government, and society at large. We are delighted to work with WRAP to help unleash such collaboration here in the UK, as a first national implementation initiative of our global New Plastics Economy initiative.”