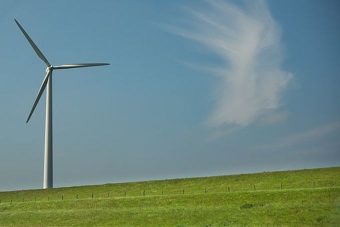 Scientists in Germany have been studying the effects of wind farm noise on nearby residents and have discovered that not everyone is annoyed by the wind farms, but that those who are can sometimes bring the problem on by themselves with critical attitudes towards the wind farm.

Environmental psychologists at Martin Luther University Halle-Wittenberg (MLU) in Germany, working with UL DEWI (UL International GmbH), investigated a wind farm and nearby residents in northern Germany from 2012 to 2014. Nearly a third of residents reported no annoyance or only slight annoyance at the noise of the wind turbines, and only one in ten people experienced symptoms of stress as a result of the nearby wind farm — symptoms such as irritability or difficulty falling asleep.

The fascinating part of this study, however, was the width and breadth of the aspects of wind farm noise that they investigated.

For example, the environmental psychologists discovered that having an existing critical attitude toward a wind farm can stimulate the experience of stress. According to the study, nearly 10% of nearby residents surveyed experienced symptoms of stress at least once a month. “Symptoms include problems falling asleep, disturbed sleep in general, a negative mood, and strong irritability,” explained Dr Johannes Pohl from MLU.

Conversely, nearly 16% of those surveyed said they suffered similar symptoms as a result of road noise. Interestingly, when psychologists re-surveyed nearby residents two years later, those suffering from at least one symptom of stress had fallen to only 6.8%.

“Many residents get used to the noise from the wind farm or they have resigned themselves to it,” added Pohl. “A good one-fourth of those affected close their windows at night so that they are no longer disturbed by the noise,”

Further, those who showed the most signs of stress at the wind farm were those who already had a very critical attitude towards the wind farm and showed very little desire to learn how to cope with the stress.

Another interesting discovery was that the weather impacts the noise from the turbines — and not by making them go faster. When it is more humid or when there is frost, the noise from the wind turbines is more perceptible. “The wind and the movement of the rotor blades can cause amplitude modulation, in other words an irregular pulsating of the volume,” said Pohl. “These irregularities are what annoy some of the residents, something which they perceive to be irregular humming or swooshing.”

The study also determined that the best way to prevent future such issues was to address residents’ concerns and problems during the planning phase of wind farm development. “The way the residents experience the planning and construction phase is a decisive indicator of how strongly or weakly they will be impaired in the long run by the wind farm,” Pohl concluded.