When the world’s last remaining male northern white rhino (NWR) died in March, it seemed like the end of the line for the most endangered mammal on the planet. 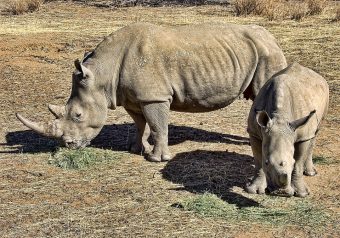 But, in a bid to save the subspecies from extinction, scientists announced Wednesday they had created embryos in the lab containing northern white rhino DNA, AFP reported.

In a paper published in Nature Communications, researchers explained that they had created embryos by injecting southern white rhino eggs with northern white rhino sperm. The embryos are the first ever rhino embryos produced in a test tube, according to AFP.

“Our goal is to have in three years the first NWR calf born,” study author and head of reproduction management at the Leibniz Institute for Zoo and Wildlife Research in Berlin Thomas Hildebrandt told AFP.

To do this, scientists hope to extract eggs from the last two female northern white rhinos living, Najin and Fatu, who are the daughter and granddaughter of Sudan, the male NWR who died in March. They then hope to implant the eggs in female southern white rhinos who will act as surrogate mothers. The babies would then grow up with Najin and Fatu to be properly socialized.

“We now see clearly a moral obligation not only to help the NWR to somehow survive in captivity, but later even help them get back to their original range and be wild again,” study author Jan Stejskal, who works at the Safari Park Dvů r Králové in the Czech Republic, told The Guardian.

There are a few obstacles on the road to this goal. First, the research team needs to obtain permission from the Kenyan park where Najin and Fatu live to extract eggs from the two females. The procedure involves anesthesia and is not without risks.

“We are highly afraid that something unexpected may happen during this procedure which is related to the heart or something else – that would be a nightmare,” Hildebrandt told The Guardian.

Then they have to account for the lack of genetic diversity necessary to re-establish a viable population of northern white rhinos. To this end, researchers are working on making sperm and eggs from skin cells of 12 different, unrelated northern white rhinos using stem cell technology.

Terri Roth and William Swanson of the Cincinnati Zoo, who were not involved in the research, wrote a response casting doubt on its likely success.

“Impressive results in a Petri dish don’t easily translate into a herd of healthy offspring,” they said, according to The Guardian.

But the study authors expressed hope and thought their work could be a model for saving other endangered species.

“Our results indicate that [assisted reproduction technologies] could be a viable strategy to rescue genes from the iconic, almost extinct, northern white rhinoceros and may also have broader impact if applied with similar success to other endangered large mammalian species,” they wrote in the abstract. 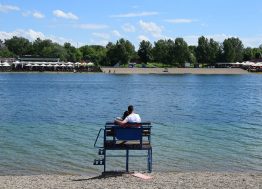