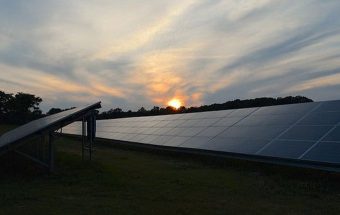 According to Reuters, Scatec Solar aims to set up 120 megawatts of solar power in Iran with an ambitious plan of increasing it further to 500 megawatts in a phased manner.

The initial project is currently under discussion and expected to entail an investment of about $120 million per 100 megawatts installed capacity, told Scatec Solar CEO, Raymond Carlsen.

Iran’s solar energy installed capacity is still at a very nascent stage and stands at 53 megawatts, however, several international firms have signed contracts to build an additional 932 megawatts of capacity. Investment in renewable energy sector is booming in Iran after international sanctions against the Islamic Republic lifted following the 2015 nuclear deal.

Earlier this year, Iran’s biggest solar plant was commissioned in the eastern province of Kerman in six months with capacity of 20 megawatts. It was financed with $27 million by the Swiss company Durion AG, while project construction was supervised by a German company, Adore.

Also, another 30 megawatt solar project in North Khorasan province is currently under construction, being developed jointly by Swiss Ecofinance Company and Italian partners.

Currently, Iran relies heavily on fossil fuels and has just 360 megawatts of installed renewable power plants. The country’s total installed power capacity is 77,000 megawatts. In order to diversify its power mix, Iran aims to have more than 5000 megawatts of renewable energy facilities by 2022, which would include 4,500 megawatts of wind power and 500 megawatts of solar power according to the Renewable Energy Organisation of Iran.