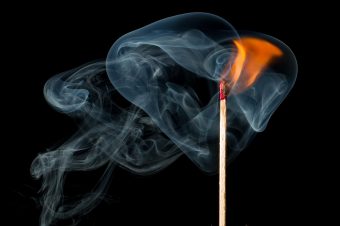 We call on you to guarantee that the new EU Chemicals Strategy protects our health and the environment, and fully lives up to the Commission’s commitments towards the zero pollution ambition for a toxic-free environment. The new strategy must rely upon scientific evidence about all health and environmental effects of chemicals.

Why is this important?

Think of your living room sofa. There’s a good chance that it’s been coated in toxic chemicals to prevent large fires. But what happens in case of a fire? There is increasing evidence that the inhalation of toxic smoke from the chemicals is likely to injure you as much as the flames themselves. Harmful chemicals are used everywhere, including toys, building materials, and much more. We’re literally all exposed to them.

And now, leaked documents prove that rather than protecting our health and the environment, the EU is considering allowing even more toxins in our everyday products. These new plans are going to be finalised and presented in mid-October, but we still have a fighting chance.

According to Europe’s own statistics, two thirds of the chemicals produced in the EU are hazardous to health. And according to the World Health Organisation, 1.6 million lives were lost due to exposures to selected chemicals in 2016 alone, and this is likely an underestimation.

There’s scientific evidence that furniture made from tightly woven natural fabrics is not more likely to catch fire than furniture treated with flame retardants, and produces far less toxic gas. But using toxic flame retardants is cheaper for big business, and the EU is letting them do it.

The Commission isn’t expecting people to be following this news on toxic chemicals too closely – because they know that things like COVID-19 and the recovery plan are in our minds instead. So if we do raise our voices, we’re sure we’ll be heard.