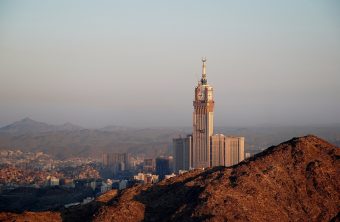 Saudi Arabia has signed a deal for a 2.6GW solar farm to be built in the Makkah Region.

The facility, which will be located near the holy city of Mecca, will supply electricity to Al Faisaliah city and the western parts of the country at times of peak demand, increasing grid reliability and flexibility.

They say 600MW will be tendered through the Renewable Energy Projects Development Office (REPDO) with the remaining 2GW to be developed by the Public Investment Fund and selected partners.