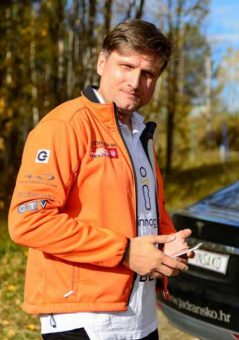 With a successful Croatian entrepreneur, Saša Cvetojević we talked about Tesla, the most popular electric car in the world, his last year’s travel through Europe with Tesla, this year’s participation in the EV Trophy and also about the difference between the vehicles with classical and electric drive.

Saša Cvetojević established his first company Insako for transport and logistics, which he is still successfully leading, when he was 18. He is one of the younger Croatian millionaires and he often invests money in good ideas and companies. He graduated from Faculty of Economics in Zagreb, and after that he finished postgraduate studies in healthcare management at Medical School.

He belongs to the most influential people in Croatia who constantly points out the things that should be better in the country through media and social networks. An extensive book could be written about his successes and examples of good practice and we asked him to share with us part of his experience in terms of electric cars.

EP: Given the fact that three years ago, you were the first owner of Tesla in Croatia, can you tell us why did you pick precisely this car?

Saša Cvetojević: I chose Tesla because it was more than the car itself. It is still valid today. Tesla is a sort of “statement” of the time that is coming. It’s a technology on wheels. The fact that it is an electric car is just the beginning of the story but definitely not the end of it. Electric cars, apart from being far more efficient in use, significantly less pollute the surroundings and enable complete change in the concept of utilization and use of cars. They influence the creation of entirely new eco system.

EP: How developed was the charging network in Croatia at the time you bought the car and is it better now?

Saša Cvetojević: When I bought the first Tesla there were just a few chargers, a little bit more than you have now in Serbia. However, one should bear in mind that every socket is a charger for an electric car. It’s just the matter of charging speed, but there is also a lot of prejudice in this regard. Today in Croatia we have three Tesla’s superchargers, one is about to be opened and the other two are under construction. In addition to that, we have twentyish Tesla’s Destination Chargers and around 200 of other chargers of various power. There are no fast chargers on the highways that would enable other electric cars to cross longer distances. Slovenia is a good example there, since there are fast chargers on most of the gas stations on highways. 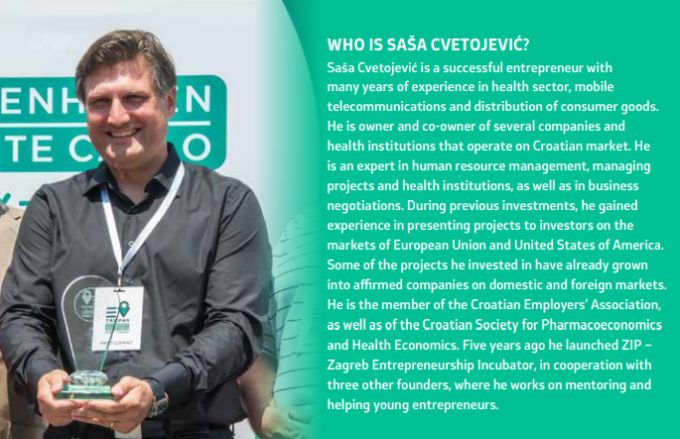 EP: Is eco-mobility still a privilege of the rich?

Saša Cvetojević: No, it’s not. I know a lot of people who converted their cars into electric ones, from fiat, to even beetle or trabant. Now they drive them around the city or on shorter intercity routes and it is very profitable. Tesla is a high-class car, but the arrival of new models in the middle class is becoming more than apparent. In two to three years, I expect huge changes in middle and lower price class of electric vehicles. Assuming that the price of batteries will drop at a pace that is already noticeable, as well as the development of the fast charging network in the next few years an electric car should even be cheaper than a comparable car on “classical” drive.

EP: Does it make sense to drive an electric car in Croatia given the fact that almost 50 per cent of energy comes from thermal and nuclear power plants?

Saša Cvetojević: Of course, it makes sense. Even if 100 per cent of energy comes from thermal power plant, the consumption efficiency of electric motor, with the use of electricity in “off peak” periods in which the grid anyway has the surplus of electricity, is a good solution both ecologically and financially. Still, we should look a little bit into the future. Renewable sources have a growing share in the production, and the Tesla itself guarantees that the entire electricity they deliver to their superchargers is exclusively bought from those that produce energy from renewable sources.

EP: Can you as a successful and public figure influence the attitude of ordinary people?

Saša Cvetojević: Of course, and I see that every day. People are writing, asking… They are changing some of their habits if they have someone who can testify and share experience from their personal example. Since I do not have any business agreement with Tesla, I have never received a cent from them and that there is no chance that will happen in the future, I do believe that everything I write and do is fully credible. Simply, I believe that electric cars are the future and we who have more money and certain impact should show this by setting an example and not just words. For example, we who are the first users, have paid those cars much more than they will cost later. We paid and we are paying the development costs from which later, with an expansion of the number of manufacturers and models and the economics of scale, will arrive cheaper and more available models.

EP: Last year, you went on a journey through Europe with your Tesla S and you crossed around 10,000 km. Did you have any difficulties while traveling? Did you have any problems when charging your car apart from Serbia?

To find out more about Sasa Cvetojevic’s cruising throughout Europe in his Tesla check the interview he gave us for the new issue of our bulletin on Ecomobility which was released this July.