Romania’s security forces have mounted a series of raids to break up an alleged €25m illegal logging ring, in what is believed to be the largest operation of its kind yet seen in Europe. 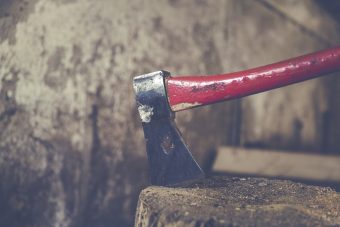 Officers from Romania’s Directorate for Investigation of Organised Crime and Terrorism (DIICOT) swooped on 23 addresses – including factories owned by the Austrian timber group Schweighofer Holzindustrie, according to local press reports.

A government statement yesterday said that they had “reasonable suspicion that, since 2011, several individuals have constituted an organised criminal group, the members of the group acting to hijack public auctions organisation at the level of forestry departments.”

Some civil servants were also involved in the “tree-cutting offences,” the release said.

The case involves deforestation in the Carpathian mountains which shelter some of Europe’s last virgin forests – similar in nature to Poland’s Białowieża but on a larger scale.

Greenpeace estimates that three hectares of spruce, beech, fir and sycamore trees are lost every hour in the 200,000-hectare Carpathian biodiversity haven.

Deforestation is a live issue in Europe, with a mooted palm oil ban currently being discussed by EU institutions to protect rainforests in south-east Asia.

David Gehl, the Environmental Investigation Agency (EIA)’s Eurasia programmes coordinator, told the Guardian: “This is the first time that a company has really been held to account for illegal logging on this scale in Europe. It sends a huge signal to the timber industry that illegal logging in Europe’s last great ancient forests will have consequences.”

The EIA’s report catapulted illegal logging to national prominence in Romania, triggering nationwide protests and a probe by the country’s environment ministry, seen by the Guardian, which laid the basis for the police action.

The report accused Schweighofer of failing to comply with legal timber sourcing obligations and said its approach “creates prerequisites for a crisis of softwood on the market”.

The company’s timber suppliers “cannot justify the legal origin of the wood because they don’t have any contractual relationship with other companies,” it said.

The document also reported suspicions that “forestry staff from some authorised forestry structures” were participating in illicit logging activities though supply chains that aimed “to give the appearance of legality”.

At the time of the report, Schweighofer denied the allegations. The company said it was committed to sustainably harvesting forests for timber, and that its forests were certified by two independent bodies.