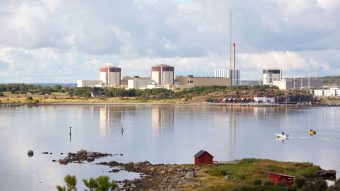 After reactor 2 at the Swedish Ringhals nuclear power plant had been running at reduced capacity since Monday 30 July, it was closed down completely Tuesday afternoon.

The continued warm weather in Sweden has brought the sea water close to 25 degrees during recent days. To maintain cooling capacity at Ringhals’ production facilities, sea water is used for cooling of various systems and components in the process. The sea water used for cooling Ringhals 2 has now reached a temperature that makes it necessary to take the reactor out of operation.

– When the water becomes warmer, its cooling capacity is reduced and in order for us to keep the necessary cooling capacity for the various systems with a good safety margin, we now have to take Ringhals 2 out of operation, says Sven-Anders Andersson, Head of production at Ringhals.

Ringhals 3 and 4 are still producing normally, and Ringhals 1 is presently closed down for scheduled maintenance. Each reactor has a maximum permissible value for the sea water temperature. For Ringhals 2 it is 25 degrees.

– When, during Monday, we got closer to 25 degrees, we decided to reduce the output to 55 per cent, but now the temperature has increased above 25 degrees and Ringhals 2 is consequently closed down, says Sven-Anders Andersson.

That the sea reaches so high temperature levels this year is very unusual, and that Swedish nuclear power plants need to reduce their output due to too warm sea water is something that only happens rarely. At Ringhals it has only happened at a few instances since the turn of the century. 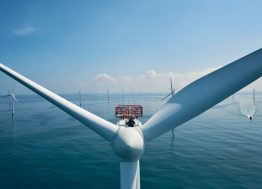