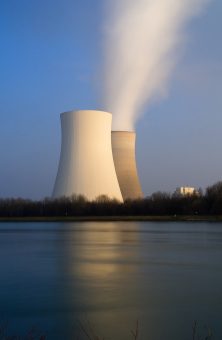 Researchers from the University of Sussex and the Vienna School of International Studies have retracted a controversial study published this summer which suggested pro-nuclear countries have been slower to embrace renewable energy than their nuclear-free counterparts.

The study, which was conducted by two researchers from the University of Sussex and one from the Vienna School of International Studies, was published by the journal Climate Policy in July 2016.

The researchers issued a formal retraction of the paper late last week after “two serious errors” were discovered which invalidate the researchers’ conclusions. “Together, the errors have the effect of invalidating this particular analysis concerning the relative performance of nuclear-committed European countries in wider climate change,” the retraction notice reads.

The original paper looked at the progress of European countries towards cutting carbon emissions and increasing their share of renewable energy under the EU’s 2020 Strategy. It suggested nuclear-free countries such as Denmark and Norway have made the most progress towards their climate targets, while pro-nuclear countries such as France and the UK have been slower to tackle emissions and roll out clean energy sources.

Although the researchers cautioned against assuming a causal link, they claimed at the time the results “cast significant doubts” on the role of nuclear energy in decarbonising the energy mix.

The University of Sussex has conducted an enquiry into the papers’ erroneous findings, and said it is “confident” the errors were “the result of failure of process and not academic dishonesty”. “The authors are very clear that these were honest mistakes and have acted quickly to clarify these errors and mitigate their effects,” it added in a statement. “While corrections and retractions are a common part of academic life, we would like to apologise to any readers of the original paper or press release for these mistakes.”

The authors of the study are now working to submit the reanalysed data to a journal at a later date, the University said.