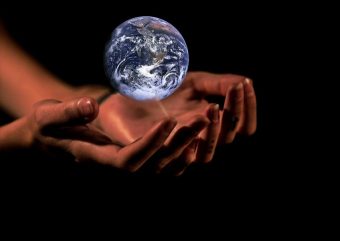 In a study published to the new online journal Nature Energy, researchers from the Virginia Polytechnic Institute and State University (Virginia Tech) analyzed 19 European Union (EU) nations in the first such study to consider the effect temperatures have on household power outage costs, and incorporating the role of climate change into the analysis of these costs. The researchers — who came from Virginia Tech, the Energy Institute, Johannes Kepler University, and Energie AG Oberoesterreich Trading Company — used average daily temperatures from the past 10 years and predicted climate change patterns, and combined these data with survey results from phone and postal interviews.

“Climate change is one of the biggest issues facing our planet today and we need to examine how it can impact household expenses,” said study co-investigator Klaus Moeltner, a professor of agricultural and applied economics in the Virginia Tech College of Agriculture and Life Sciences. “This is especially important when looking at European homes where heating and cooling systems comprise a significant portion of electricity usage.”

“Predicted changes in temperature and other weather events may damage the electricity grid and cause power outages,” the authors of the study explain, going on to explain that “Understanding the costs of power outages and how these costs change over time with global warming can inform outage-mitigation-investment decisions.” Specifically, their research found that as climate change begins to impact regional temperatures so too will home electricity use change, and households will likely be more willing to pay extra to avoid outages in summer but will be less likely to pay to avoid outages in winter.

However, while on the surface this might seem like a reasonable trade-off, the VT researchers concluded that increases in summer outage costs will outpace decreases in winter outage costs making, on average, European power outages more costly to households.

Interestingly, the resulting shifts in costs actually betray a change in behavior for the average European household. Currently, the average European household is currently more reliant upon electricity to heat their homes in winter than they are to cool their homes in summer. The researchers discovered, however, that with an increase in summer temperatures and more severe storms, this trend will reverse and the focus will be on cooling during summer rather than warming during winter.

“The majority of household energy consumption in the EU is from space heating,” said Moeltner. “This explains a lot of the patterns we discovered. Right now, households pay more for electricity in the winter because they use their space heaters a lot. But in the future, when temperatures are higher, households won’t need to use them as much and their winter energy costs will decrease.”

“While some of the results seem intuitive — urban dwellers usually have greater income and benefit more from public infrastructure, so it makes sense that they would be willing to pay more than rural residents — our findings provide a more complete picture of electricity use related to heating and cooling and the benefits it provides,” Moeltner concluded.