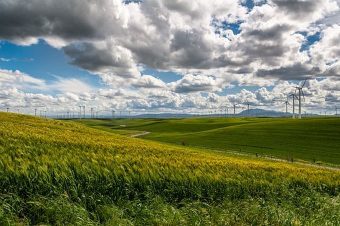 Repowering and upgrading ageing UK wind farms as they near the end of their scheduled lifespan could increase the UK’s generating capacity by 1.3 gigawatts, providing a highly cost-effective means of increasing renewable generation.

This is the key finding from a new study published by the Energy and Climate Intelligence Unit (ECIU) which analyzed a database of onshore wind farms across England, Scotland, and Wales (three of the four countries which make up the United Kingdom). The research found that there are nearly 60 projects with over 750 wind turbines that will reach their 20th year in service within the next five years, including some at locations deemed the best for wind energy in the country.

As one of the first countries to commit to wind energy, the UK has long been rewarded for its initiative, and will therefore also be one of the first countries to encounter the problem of what to do with wind farms once they reach the end of their scheduled lifespan. According to the ECIU study, upgrading these wind farms with the latest and most efficient wind turbines would not only increase the country’s generating capacity by more than 1.3 gigawatts (GW), it also ensures that this existing generating capacity is not lost in the first place.

Looked at another way, upgrades to existing wind farms would provide over 3 terawatt-hours (TWh) annually, which is enough to power around 800,000 UK homes, and would save consumers more than £77 million per year on energy bills as compared to generating electricity from gas-fired power stations.

“Britain installed its first wind farms during the early 1990s when the technology was in its infancy, and the electricity generated was significantly more expensive than that from fossil fuels,” said Dr Jonathan Marshall, ECIU Energy Analyst and author of the report. “The industry has developed rapidly, however, and modern turbines generate vastly more power than older ones at costs competitive with coal and gas fired generation, especially when located onshore.

“It makes sense to repower sites of the earliest wind farms, which tend to be in locations that have the best wind resource. Existing infrastructure including network connections can also be reused or upgraded at costs lower than for new sites.”

Repowering ageing wind farms could also yield significant benefits to local communities. Specifically, the authors of the report calculated that the first wave of repowering could yield £100 million, 80% of which would go to rural regions.

“Upgrading our oldest wind farms with the latest technology would deliver a big boost of clean power to the grid at a time when wind is already making a record contribution, while delivering cash for the communities that have hosted these sites for years,” said Simon Clarke, Conservative MP for Middlesbrough South and East Cleveland. “It would also provide a market for the newly re-invigorated British steel industry, cut greenhouse gas emissions faster and, given that repowering is the cheapest way for us to expand electricity generation, reduce bills for businesses and consumers.

“For those worried about the 1% of UK gas imports that come from Mr Putin, these upgrades would also reduce our reliance on imported fuel by the equivalent of two gas-fired power stations; and if we don’t allow developers to repower them, we may lose them for good.”