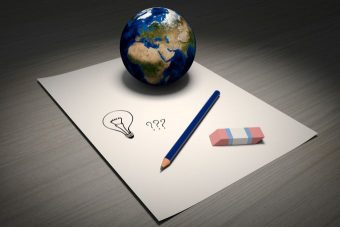 The US looks set to become the only country outside the Paris Agreement, after Syria reportedly signalled it would ratify the international climate change accord.

The New York Times reported today that a member of the war-torn country’s delegation at the UN climate summit in Bonn told the plenary session of the talks that Syria was ready to formally sign up to the agreement.

The move could leave the US as the only country outside of the agreement, after President Trump announced this summer that he would trigger the formal process to exit the treaty.

Up until this autumn only two countries had failed to sign the agreement: Nicaragua, which opposed the treaty on the grounds it was not ambitious enough; and Syria, which has been gripped by civil war since 2011.

However, Nicaragua last month announced it would ratify the agreement in a move that appeared designed to leave the US further isolated.

Syria now appears to have adopted a similar stance, although it remains to be seen whether the country will be able to submit a formal climate action plan given the on-going violence.

The move means that if the US goes ahead with plans to leave the treaty in 2020 it will become the only country not to formally support the Paris Agreement and its goal of limiting average temperature increases to well below 2C.

The NYT reported that in responding to the latest news, a White House spokeswoman, Kelly Love, pointed reporters to the statement the administration released when Nicaragua joined the treaty.

“As the president previously stated, the United States is withdrawing unless we can re-enter on terms the are more favourable for our country,” the statement read.

However, all other signatories to the Agreement have resisted US calls for the treaty to be renegotiated, arguing that as it stands the pact gives nations considerable freedom to adopt policies that are in line with their domestic requirements.

Leading US businesses and state governments have also voiced opposition to the White House’s stance and are due to provide a high profile presence at the Bonn Summit through the ‘We Are Still In’ initiative, which aims to highlight how large parts of the US economy remain committed to honouring the Paris Agreement’s goals.