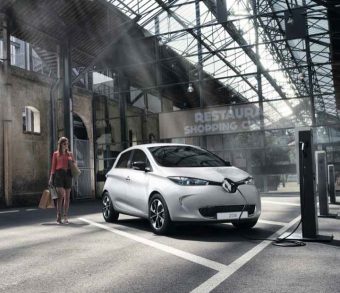 Shares in Renault plunged by as much as six per cent yesterday amid reports the French carmaker is being investigated for allegedly breaking emissions testing rules.

According to various reports, Renault could potentially face hefty fines from French authorities probing two of its car models – Captur and Clio IV – which have allegedly shown emissions levels around 300 per cent higher in real world driving conditions than in lab tests.

Moreover, French media have suggested the car giant’s entire senior management team could be embroiled in the accusations.

The news follows the high-profile allegations in 2015 against German car maker Volkswagen, which just this week pleaded guilty to charges of fraud in the US as part of a $4.3bn settlement.

Renault however dismissed “unbalanced” media reports, adding that it would not comment on a current investigation and therefore could not confirm the “veracity, completeness and reliability” of the information being reported.

“Renault will prove its compliance with the regulations and reserves its explanations for the judges in charge of investigating this case,” the carmaker said in a statement. “Groupe Renault reminds that none of its services has breached European or national regulations related to vehicle homologations. Renault vehicles are not equipped with cheating software affecting anti-pollution systems.”

The firm added that it would fully cooperate with the judges in an investigation it said raised “issues of interpretation of the standards governing the conditions of vehicle homologations”.

It follows reports last year the French car firm could phase out most of its diesel car models in Europe in response to the rising costs of meeting tighter EU emissions test regulations.

Greenpeace UK air pollution campaigner Mel Evans said the allegations against Renault and the Volkswagen ‘dieselgate’ scandal suggested there could be problems with emissions testing across the wider car manufacturing sector, and called on the industry to put a greater focus on EVs.

“The car industry has a lot to answer for,” said Evans. “While car companies keep selling new models that pollute more than they should, people living in UK cities are breathing illegal levels of air pollution that are harmful to health. If the car industry were serious about clean cars, they would stop making diesel cars completely and go 100 per cent electric.”