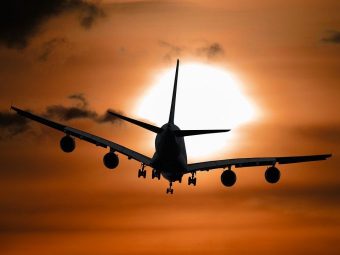 Norway is aiming to be the first country in the world to switch to 100 per cent electric planes for short-haul flights, the country’s airport operator Avinor has announced.

Norway’s national broadcaster NRK reported reported that the company wants all of the country’s short-haul airliners to be electric by 2040, in what is the the most goal yet adopted for the embryonic electric aviation sector.

Dag Falk-Petersen, CEO of Avinor, told NRK the plan is to “start small, and develop and facilitate the short-range network”, gradually transitioning all flights that are less than 1.5 hours in length to electric aircraft.

The airport operator plans to start testing the commercial viability of electric flight from 2025, opening up a route to a small electric plane with just 19 seats, he added.

The aviation industry is under mounting pressure to reduce its carbon emissions, which are heading rapidly skyward as demand for air travel soars in emerging economies around the world.

Electric power is one of the most promising technologies for zero-emission flight, provided batteries or fuel cells can be developed which are powerful enough – and light enough – to power passenger jets.

Engineering giants Airbus, Rolls-Royce and Siemens are already working on a hybrid electric plane, with plans to have a demonstration model in the air by 2020.

Norway’s climate and environment minister Vidar Helgesen said the country would also escalate the use of biofuels in aviation over the coming years, while it develops the infrastructure for electric aviation.

“Both biofuels and electrification are interesting solutions,” he told NRK.

Electric power is also starting to make waves in the shipping industry, with news earlier this month that Dutch shipping company Port-Liner will roll out fully electric barges across its Dutch ports later this year.

Amsterdam, Antwerp, and Rotterdam ports will start using the new barges, which have been developed with funding support from the European Union.

Port-Liner chief executive Ton van Meegen told The Loadster its technology could also be used to retrofit older barges. The on-board batteries will be charged with renewable energy, he added.

But a survey of 220 marine industry executives released earlier this week found more than two-thirds of executives believe a lack of global environmental regulations in the sector will hamper the adoption of new green technologies.

The survey, from law firm Clyde and Co, suggested that many executives fear the on-going absence of an ambitious industry-wide plan on carbon emissions leaves the sector open to inconsistent regulations by different jurisdictions. Some 68 per cent said the lack of a uniform plan would hamper widespread adoption of green technologies, despite 64 per cent believing such technologies will not place an unacceptable cost burden on ship operators.

The International Maritime Organisation has promised to develop a draft plan for carbon emissions by 2018, with a more detailed strategy coming in 2023.