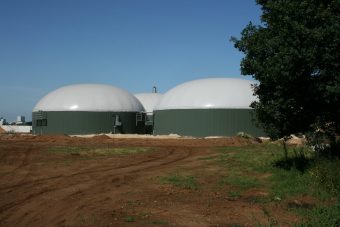 Anaerobic digestion (AD) plants across the UK now produce enough green gas to power more than a million homes, according to an industry report released today by the Anaerobic Digestion & Bioresources Association (ADBA).

Capacity has jumped 18 per cent over the last year, the report found, bringing total AD capacity to 730MW (energy equivalent) with annual generation coming in at 10.7TWh of energy each year.

Improvements to operational performance, such as more consistent feedstocks, has also boosted load factors from 69 per cent to 73 per cent over the past year.

However, ADBA chief executive Charlotte Morton said the industry could do so much more if further government support was provided. “While it’s encouraging that the new government has committed to the Paris Agreement and to meeting the UK’s Carbon Budgets, there is currently a desperate lack of long-term policy support for AD, particularly in heat and transport, areas where AD can make a significant contribution to decarbonisation,” she said in a statement.

“While there are 437 AD plants in the planning stage, most of these are unlikely to be built without stronger government support for AD. This is a huge wasted opportunity – the government needs to act now to provide both short and long-term certainty for the AD industry to enable it to deliver the green energy the government urgently needs both to meet its legally binding climate change targets and for the UK’s energy security.”

ADBA claims policy uncertainty, from delays in updating the Renewable Heat Incentive to cuts in the Feed-in Tariff, is already having an impact on the number of new plants coming online. Between 50 and 80 plants were commissioned in 2016, but that number is projected to fall to between 19 and 64 this year due to policy uncertainty, the trade body warned.